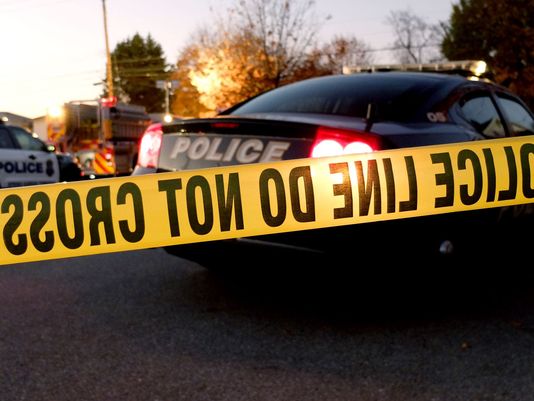 In one post, a now-retired police officer got stuck in traffic caused by demonstrations following the police shooting and killing of 17-year-old Antwon Rose.  The officer noted that he had his service weapon in the trunk, fellow serving officers posted saying he should not hesitate to use ‘lethal force’ because he would be protecting himself, other serving officers suggested using water cannons and dogs. Police officers were suggesting lethal force for a traffic hold up.

The Facebook postings clearly show that some officers are in search of opportunities to use lethal force against Black people and when they can’t find the opportunities they create them. Witness the Emmy award-worthy police performances that foreshadow police killings of Black men. The blatant stopping of Black men without due course for spurious reasons including: ‘walking in the road,’ or you ‘fit the description of a suspect.’  The police know what they are doing.   The frenzied performative screaming  ‘drop the gun’, ‘drop the gun’, is usually followed by the unleashing of rounds and rounds of ammunition into Black bodies.

America’s cognitive dissonance around policing and guns is astounding.  The constitution states  “the right of the people to bear arms shall not be infringed”.   America argues, on the one hand, that the second amendment offers the right to bear arms. And simultaneously,  that police can shoot to kill  Black men and boys if they suspect they have a gun.   Philando Castille was stopped under the pretext that he resembled someone involved in a robbery because of his ‘wideset nose’. What followed was textbook policing of Black men in America. Yanez screaming contradictory instructions and the brutal shooting to death of Philando  Castille in front of his girlfriend and daughter.   Yanez’s lawyer told the Associated Press at the time “this has everything to do with the presence of a gun.”

Philando Castille was a legal gun owner. The jury said – no problem. There is no killing of a Black man by police brutal enough to convince a majority white jury that it is murder.  A jury of your peers in a white supremacist country means exactly that a jury filled to the brim with people who cosign on police killings of Black people. The persistent not guilty verdict in cases of Police killings of Black men is seen by police officers as a green light confirming that it is okay in America for the police to brutally murder Black people for no reason or any reason at all.

The false media talking points. Did he have a gun? Did the officer feel he was in imminent danger?  Are evidence that White supremacist ideologies run rampant through a lot of what passes for mainstream American media. Many of the commentators are gun owners who do not expect to be riddled with bullets for legal possession of a firearm. Commentators on the right routinely argue that all murders of Black men by police is justified.

The growing list of white supremacists that have carried out massacres in America and lived to tell the story tells its own story.  From Dylan Roof, who killed nine people at the Emmanuel AME;  to Patrick Wood Crusius the 21-year-old responsible for the EL Passo Walmart massacre that targeted and killed 21 Hispanics; to Kyle Rittenhouse who travelled to Kenosha to protect property that was not his and killed two protesters.  All these white men have something in common, they not only had a gun, but they also used the gun, discharged their weapon and massacred human beings. Listen to the footage of their arrests. Do you hear the frenzied shrieking? The Emmy award-winning adrenaline-fuelled ‘drop the gun.’ No.

Police forces across America are not afraid of Black men they are conducting a terror campaign against the Black community. Terrorising Black families, using the power of the state, the judicial process and racist white jurors. Black people understood Pre George Floyd that police brutality is designed like lynching to control Black people by sewing terror in the Black community.

The Facebook postings show clearly for all to see the systemic nature of police killings of Black men, it makes the connection between racist beliefs of police officers and the killing of unarmed Black men by police officers.