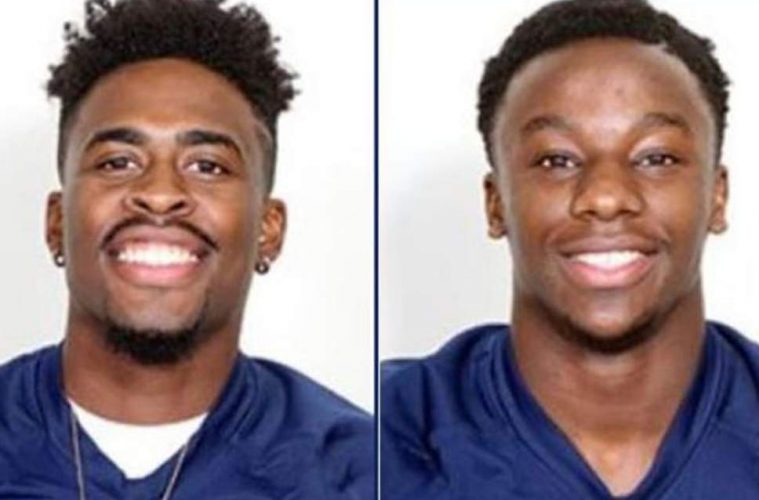 Corey Ballentine, a sixth-round draft pick to the New York Giants, was injured and his college teammate was killed in an off-campus shooting in Topeka, Kansas Sunday.

The Topeka Police Department confirmed the tragedy in a press release that was posted to their social media accounts. Authorities confirmed that Ballentine, 23, suffered a non-life-threatening gunshot wound. It occured just hours after the Washburn University senior was selected in the NFL draft. He was taken to a hospital and is expected to make a full recovery.

However, his college teammate Dwane Simmons, 23, was killed in what police described as “disturbance with gunshots” off-campus around 12:45 a.m. Sunday. Simmons was found dead. Police have asked anyone with information about the shooting to come forward.

Washburn president Dr. Jerry Farley released a statement in light of the tragedy. He expressed his condolences and spoke to the character of both men.

“Both Dwane and Corey have been great examples and representatives of the football team and of Washburn University in general,” Farley said.

“This was a terrible way to end a day which should have been a day of celebration and a day to look forward to Dwane’s upcoming year at Washburn and the beginning of Corey’s professional career.”

The Giants said they are aware of the incident and were gathering information.

“We have spoken to Corey, and he is recovering in the hospital. Our thoughts are with Dwane Simmons’ family, friends and teammates and the rest of the Washburn community,” the team said.

Ballentine was the 180th person taken in the 2019 NFL draft.

“It’s all a crazy dream until you do it,” he tweeted. “I can’t even explain the emotions I have right now. (Shoutout) the people that told me to pick a more realistic career. This is as real as it gets. Thank you to the Giants organization for believing in me. It’s only up from here. #GiantsPride,” he tweeted before the shooting.

It’s all a crazy dream until you do it. I can’t even explain the emotions I have right now. S/o the people that told me to pick a more realistic career. This is as real as it gets. Thank you to the Giants organization for believing in me. It’s only up from here. #GiantsPride pic.twitter.com/86EiwIP4fM

Simmons celebrated Ballentine with an Instagram story and shared a pciture of the two. He asked, “Where my jersey ?!” and that “It’s a celebration brudda.” 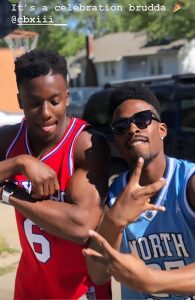 Why more people of color are buying guns - Axios https://www.axios.com/2022/04/23/guns-firearms-people-of-color via @GoogleNews