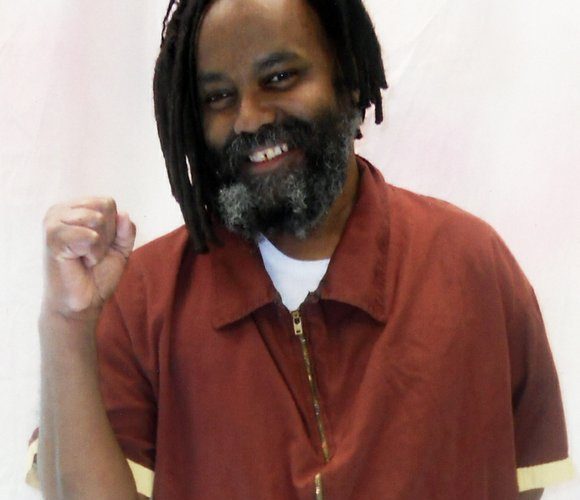 Mumia Abu-Jamal, convicted of killing a Philadelphia police officer decades ago and on death row, will get a new appeals hearing after the city prosecutor on Wednesday dropped his opposition to it.

The former Black Panther, 64, was convicted of murder and sentenced to death in 1982 for the 1981 murder of Daniel Faulkner. Faulkner had pulled his brother over in an overnight traffic stop. Abu-Jamal was shot during the encounter and has long maintained his innocence and has filed appeals. In 2011, his death sentence was set aside over flawed jury instructions.

Time reported that in December, Philadelphia Common Pleas Judge Leon Tucker granted Abu-Jamal a new chance to argue his initial appeal after the U.S. Supreme Court said a former state justice had improperly heard an appeal in a murder case he had overseen as district attorney.  The justice, Ronald Castille, had done the same in Abu-Jamal’s case. On Wednesday, Philadelphia District Attorney Larry Krasner dropped his challenge to the appeal.

Krasner said Castille should not have worn “two hats”. Castille had also written a note in 1990 to Gov. Robert Casey about “police killers.” He urged Casey to issue death warrants to “send a clear and dramatic message to all police killers that the death penalty actually means something.”

Krasner said that Castille’s actions were a consideration as to why he dropped the challenge to Abu-Jamal’s appeal.

“Although the issue is technical,” Krasner said, “it is also an important cautionary tale on the systemic problems that flow from a judge’s failing to recuse where there is an appearance of bias.”

Castille previously told The Associated Press last year that Abu-Jamal’s lawyers never asked him to step down from the appeal. He added that the lawyers knew he signed off on the appeals but had nothing to do with the truth. Nonetheless, Tucker said that there could be no appearance of bias because it “undermines the entire judiciary.”

Maureen Faulkner, the widow of the police officer, was angered by Kranser’s decision. She said that Krasner broke a promise made this week to inform her of the decision before announcing it. She was walking her dog at the time it was revealed.

“I was just crying my eyes out, once again,” said Faulkner, 62, who was removed from a court hearing last year after her emotions overwhelmed her. “What about the survivors? What about victims in Philadelphia, and how they’re notified?”

“We look forward to having our claims of an unfair trial heard by a fair tribunal,” Ritter said.