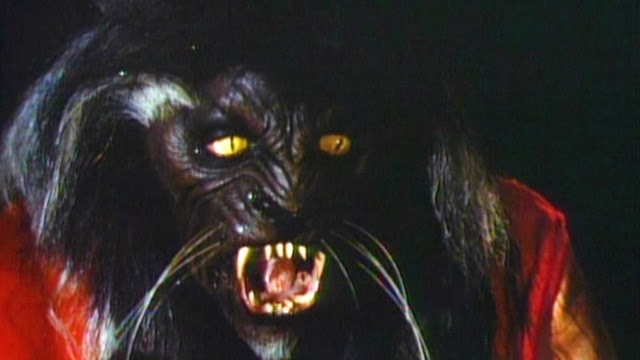 An album of any sort requires an element of cohesion that unites a collection and tells one story. A traditional photo album may consist of a number of captured moments from several events or gatherings, but it manages to tell a family’s story. Smartphones and other electronic devices of the present day manage to automatically categorize images into albums by date or location for the same effect: to tell a cohesive story. The same goes for an album of music: songs of different styles and flavors packaged together to create one cohesive body of work. As Black Americans, we take pride in the fact that Michael Jackson’s “Thriller” album is the gold standard — rather, the 33X Platinum standard — of music albums in America. We shouldn’t let the recent dethroning of Jackson’s all-time selling album make us forget its significance. 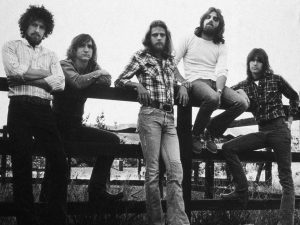 Last week, the 33X Platinum certified Thriller album of 1982 was overtaken by the rock band The Eagles’ Greatest Hits (1971-1975) Album of 1986 as America’s All-Time Selling LP, which was certified 38X Platinum by the Recording Industry Association of America (RIAA), confirmed by Rolling Stone. 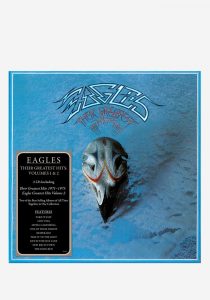 The last time The Greatest Hits compilation’s sales were tallied was year 2006, where it clocked in at 29X Platinum. The revolution of streaming and downloading (1,500 album streams or 10 song downloads equates to one album sale) has assisted in the accumulation of 9 million album sales in a 12 year span. It’s impressive that a 30 year old album can go on to sell 9 million units over the course of the following 12 years, but it isn’t quite as awe- inspiring as the feats of an estranged Black man.

Very few entertainers, no matter their background, have been able to connect people of different backgrounds in a way that Michael Jackson, who would have turned 60 years old yesterday, has been able to. Jackson’s 1982 release is a prime example of his ability to do so. Any American you run into, including myself, can recall the first time they saw the video for the album’s title track that featured the love interest fleeing from dancing zombies. 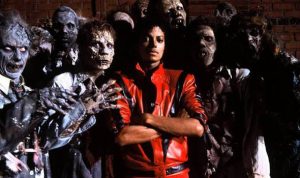 Being that I’m not a huge Michael Jackson fan, I’ve never listened to the whole album from front to back…or so I thought.

Going up and down the tracklist and playing each song served as sort of a photo album of road trips, family reunions, and other memories. It turns out that through the natural progression of my 28 years of life, I had already heard all nine tracks through the mediums of radio broadcasts, family DJ’s, etc. Attached to each song is vague, yet nostalgic images of workout sessions with my father, breaking bread and celebrating with distant family members and car naps with cousins that I view as siblings. Yes, the Eagles may have acquired statistics that may credit them with having the most popular album ever, but reaching the benchmark doesn’t erase the stories and memories that are attached to Michael Jackson’s greatest composition. 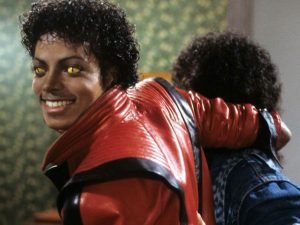