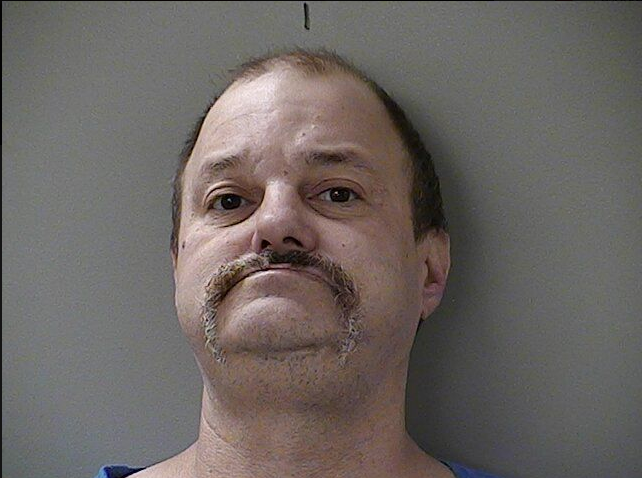 A white man accused of burning a black man alive in Tennessee earlier this year subscribed to a racist and anti-Semitic ideology known as Christian Identity.

John Daniel Carothers, 53, stands accused in the March murder of 40-year-old Robert Miller at a house in Murfreesboro. Prosecutors said in court this month that authorities had recently intercepted a jailhouse letter Carothers wrote and sent to a white supremacist group. In the letter, Carothers confessed to the grisly murder and expressed white supremacist views, according to the prosecutors.

“To my brothers and sisters in Jesus Christ our savior and Lord, My name is John D. Carothers and I believe the Bible is about white people and for white people,” the handwritten letter said. “I am in Rutherford County jail for burning a black man. I set him on fire with lighter fluid poured on his head.”

Carla Hill, a senior investigative researcher at the Center on Extremism at the Anti-Defamation League, made a statement that the letter was addressed to Kingdom Identity Ministries in Harrison, Akansas — the country’s largest publisher of Christian Identity propaganda. Adherents of the Christian Identity movement believe white Europeans are the true Israelites; that Jews are the spawn of Satan; and that non-whites are sub-human “mud people.”

Its twisted theology has been embraced by many white supremacist groups, and Christian Identity followers have been connected to multiple murders, shootings and bombings since the 1980s.

“The fact that Carothers said the Bible is for white people is something a Christian Identity adherent would say,” she added.

HuffPost previously reported that Carothers had a Facebook page named after a Nazi SS doctor filled with white supremacist memes and pro-Nazi postings, and that the man and his son were reportedly spotted passing out pamphlets for a neo-Nazi group. In fact, the racist Facebook page belongs to man named David Carothers, and he and his son ― who pleaded guilty to an aggravated assault that prosecutors said was motivated by hate ― are not related to John Carothers.

Details of John Carothers’ jailhouse letter comes amid a surge in violence linked to white supremacists across the U.S. White supremacists murdered twice as many people in 2017 as they did the year before, according to a report from the ADL, helping make the year the fifth deadliest for extremist violence in the nation since 1970.

Carothers faces charges of first-degree murder, reckless endangerment and aggravated arson stemming from Miller’s death. The alleged murder took place at a halfway home for veterans, where both Carothers and Miller had lived.

Carothers was charged with second-degree murder twice before, according to the Murfreesboro-based Daily News Journal. He was convicted of that crime in 1999 and in 2011 pleaded guilty to a lesser charge, the newspaper reported.

Rutherford County District Attorney Jennings Jones told NewsChannel5 Monday that although Tennessee has no hate crime law, he may pursue a hate crime enhancement for Carothers’ sentence if he is found guilty at trial.