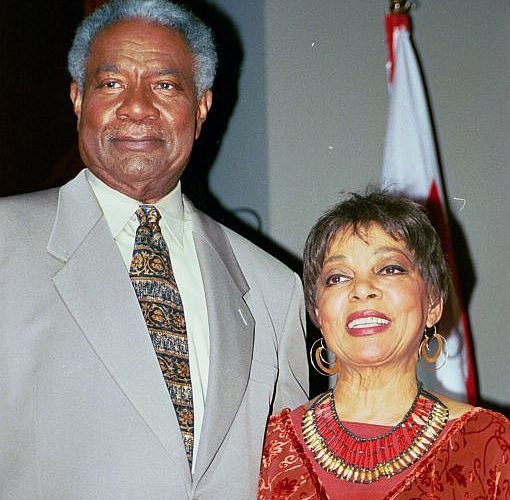 Ruby Dee and Ossie Davis were two actors ahead of the curve, and now their names live on as curves.

The corner between 123rd St and St. Nicholas Ave. in Harlem has been renamed after well-known Black Broadway activist couple Ossie Davis and Ruby Dee.

On the northeast side of Harlem, there’s now an Ossie Davis Way and a Ruby Dee Place. A ceremonial event was hosted by the Dwyer Culture Center that took place on April 20. The namesake is in honor of Davis and Dee’s legacy for promoting art programs for African Americans.

The Dwyer Culture Center had a public exhibition of Davis and Dee relative to their life work.

For those of who are not into theatre arts, here’s a brief introduction to who is this married couple:

A Georgia native, Davis, whose real name is Raiford Chatman Davis, was a Howard University dropout who pursued the life of acting in New York. He would eventually transfer to Columbia University School of General Studies and his acting career would start with the Rose McClendon Players in Harlem, a theater named after a leading African-American Broadway actress of the 1920s.

Ruby Dee, full name Ruby Ann Wallace, was born in Cleveland, Ohio but raised in Harlem. She was a respected playwright in theater, she played Ruth Younger in both on stage and in the 1961 version of “A Raisin in the Sun”. Dee’s roles in Hollywood also makes her more reputable than her husband, having earned more awards for acting and starring in notable films such as “The Jackie Robinson Story” (1950), “Do the Right Thing” (1989), and “American Gangster” (2007) for which she received an Academy Award nomination in 2008 for Best Supporting Actress. 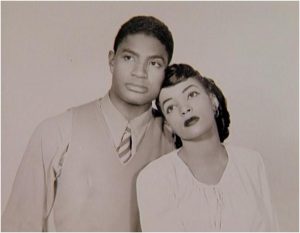 Davis and Dee met on the Broadway play called “Jeb” where two were co-stars. The two performers not only were compatible lovers, they had an open marriage by the way, but they both had similar interests in politics.

In modern times, it is often for Black actors to be vocal about police brutality and racial injustice. It’s seen a safe position to further one’s career and earn accolades from a conscious community. For Davis and Dee, their frustrations were genuine. The two made a decision to protest inequality at the risk of their acting careers.

Both of them were emcees for an event called March on Washington for Jobs and Freedom in 1963.

They had three children: Guy Davis, a musician, Nora Day and Hasna Muhammad.

The couple were married since 1948 and will now be forever immortalized on the streets of Harlem. 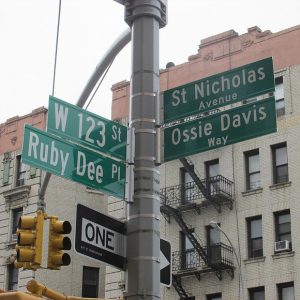