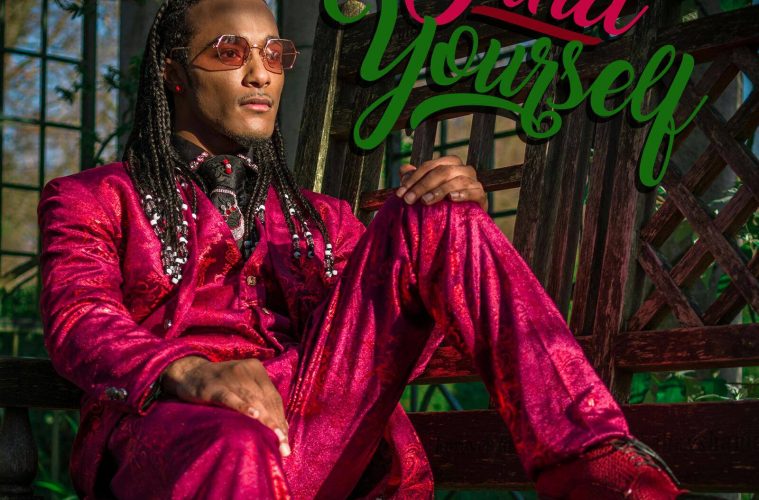 Find yourself with Leyton Benta

Leyton Benta is a 26-year-old multi-award-winning independent singer-songwriter and actor who hails from West London. His talent as a singer was discovered in a choir at Vicar’s Green Primary School (based in the Ealing/Wembley district). He was just aged six when he performed ‘’In the Bleak Mid-Winter” as part of a Christmas concert at school.  By nine years old, Leyton had experienced his first recording session where he was responsible for singing the chorus to a song on 1 of his brother’s records. By age 12, he impressed his friends and peers when he released his first mini-album.

It is difficult to pigeonhole Benta’s music as he draws on a myriad of musical genres, but he is most profoundly influenced by Old school Soul and R&B. During our interview several months ago, Leyton passionately and succinctly stated the mission of his music: ‘’My purpose with my music is to bring love and authenticity back into music.’’ Benta strives to cater his music to a wide audience which  transcends ‘’age, background and race.’’

Benta’s music touches on many different subjects matters including children and special needs as demonstrated in his 2018 track ‘Release (Chrysalis Smile) – https://www.youtube.com/watch?v=-e06qEB-FYs

It should come as no surprise why someone like Leyton Benta would make a song like (Chrysalis Smile). During our interview, Leyton declared ‘’You’re basically someone’s release. I believe in healing and I feel like love is very key. It has been like that since a very young age and I have always been  driven to make sure that I am able to influence people in the right way and bring them back to the good times of  how music used to be.’’ Wanting to bring back the values of  music that he believes is absent in much of today’s music, Benta’s inquisitive mind asks ‘’how can we bring that service from before into today’s music?’’

What is instantly apparent about Benta, is his maturation, it dwarfs that of many 26-year-olds. Even when I first met him several years ago, he displayed this maturation. His calm and collective persona is complicated by his rebellious nature. ‘’I’ve always stayed true to who I am and what I believe.’’  Incidentally his new album ‘Find Yourself’ released February 1st 2020 https://www.youtube.com/watch?v=YZyzsXU7-H8  is illustrative of much of what has been stated.

Last year was a very busy year for Benta. Following on from several successful years winning 6 awards such as the BEFFTA (Black Entertainment, Film, Fashion, Television and Arts) for ‘Best Unsigned Artist, in 2016. Prior to that winning the accolades of the 2018 ‘Platinum Star Award’ for StarPpl (based in Miami Florida), and was ranked first out of 66 countries in the world. Moving onto 2019 where he was awarded ‘Best Singer Act’ and ‘Best Single Release’ for the DCS & Hotshots Recognition Awards. During later that year he was awarded a Legend Award and a ‘Making a difference’ certificate for his contributions to the music industry, and his services to humanity. It got a bit too much for him later during that year and Benta took a brief break in Manchester, where he rejuvenated himself and reflected on his accomplishments and his next steps.

Reflecting on this period he remarked ‘’I felt a lot of things were happening, it became too much for me to take on. Being an independent artist, you are handling so many departments and you are having to monitor everything as a singer, performer and writer.’’ Whilst in Manchester during the month of October 2019 Benta recalls a prayer being answered for financial assistance and to be surrounded by the right people to elevate him to the next stage. ‘’It came in the family’’ Benta joyfully admitted. ‘’A brother in the family asked how much would it be for the studio? That was such a random question because we didn’t talk too much about studio and me doing what I am doing.’’ Miraculously after Benta revealed to his brother the amount of studio time needed, the number of songs he anticipated recording for his then-forthcoming album (now available for purchase) and the cost of the studio; his brother contacted him. ‘’Next thing you know, an hour later, he says right your bill is covered, schedule your studio time. He (Benta’s brother) had already arranged with the studio guy before he knew how much money I needed for the studio’’ adds Benta.

Benta returned to London and immediately began recording the six tracks for his new album ‘Find Yourself’. He describes the album as ‘’The unravelling of soul suppression. Invigorating minds and spirits of hurt through love and self-devotion. The awakening  of empowered intimacy.’’ Talking about the songs on the album, Benta continues to display the depth of his thinking when he put the album together. He had some perquisite philosophical questions that he had to gravel with in order to make the album complete. ‘’The way I write and the way I deliver is a matter of OK, how can it (the music)  reach out to those who are maybe going through something similar and how are you able to touch the unknown? So you may not know them and they may not know who you are, just yet but your lyrics are basically what they’ve always wanted to express. Because everything is always about finding something in yourself. Until now, Benta utterances appear to flow effortlessly in a style reminiscent of the flow of water through a stream. ‘You are always finding something about yourself, every single day. Whether that’s to grow, learn, improve,  develop so you are able to be at your best and to receive and give love and the way you were designed to give and receive.’’

Leyton Benta’s new 7 track album (which includes the single ‘Release Chrysalis Smile’) ‘Find Yourself’ is out now on all music platforms along with physical hard copies available.