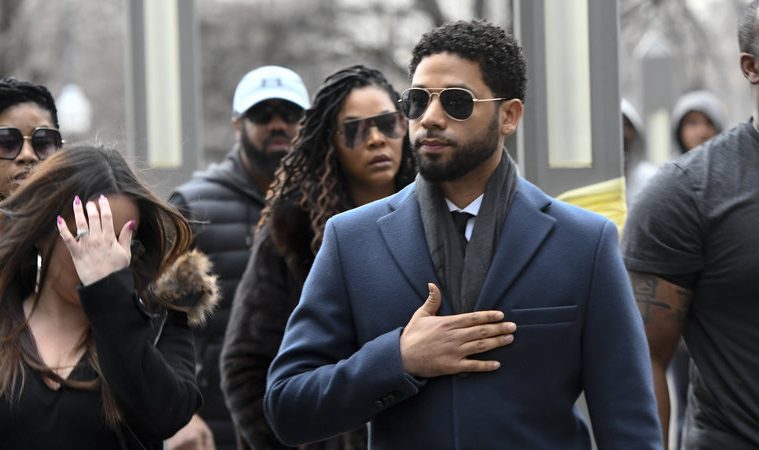 Jussie Smollett has pleaded not guilty to 16 felony counts of disorderly conduct Thursday in a courthouse in Chicago.

Lawyers for the “Empire” actor entered the plea as the 36-year-old looked on. He has maintained his innocence, denying that he fabricated a hoax in which two white Trump supporters viciously attacked him in a homophobic and racist attack in January. However, Chicago police charged him as being the mastermind of the alleged attack due to financial reasons.

A grand jury in Cook County, Ill., indicted Smollett on the felony counts of disorderly conduct last week. Smollett and his defense have pushed back against the accusations and in turn accused the police of purposefully undermining and being a part of an organized effort against him.

“There has been a lot of misinformation in this case that’s been presented as fact and evidence against Mr. Smollett that is demonstrably false,” his attorney Tina Glandian said after a hearing Tuesday. “We welcome cameras in the courtroom so that members of the media can see the actual evidence — and what we feel is actually going to be a lack of evidence — against Mr. Smollett. And we look forward to complete transparency and the truth coming out.”

Smollett’s next court appearance is expected in April.