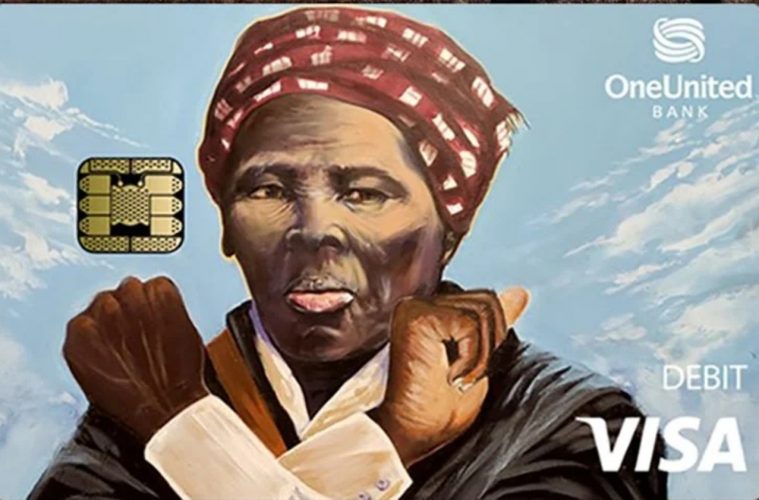 The biggest black bank in the U.S. is setting the record straight and inviting people to talk about that questionable Harriet Tubman design on their latest debit card release.

Just in time for Harriet Tubman day on March 10, OneUnited Bank is opening up about the thought process behind the infamous debit card featuring the abolitionist with a pose that got a lot of backlash. On the Harriet Tubman Debit Card released last month, an illustration features the powerful figure with her arms crossed in front of her chest.

Some people on Twitter questioned why the pose looked so similar to the one used in Wakanda, the fictional African nation from the movie “Black Panther.” Now, OneUnited Bank is opening up about it for a live stream on a Facebook live stream on March 10 at 6 p.m.

“We embrace both the criticism and the praise and respect all points of view,” Williams said in a statement. “If the controversy expands our audience and ignites a larger conversation about Black economic empowerment and Harriet Tubman’s economic empowerment legacy, then the jibes were totally worth it.”

The design was created by Miami artist Addonis Parker who was inspired by the American Sign Language gesture for love. That’s also where “Black Panther” director Ryan Coogler got the “Wakanda Forever” salute for his hit film.

Parker opened up about the inspiration for his design which originally came from another piece of art that he created.

Williams explained the importance of putting Tubman on the card after there was a delay in getting her on the $20 bill.

“When the decision was made to delay putting Harriet Tubman on the $20 bill, we said, ‘We think that we have a role to play here because we can actually put her on a global payment instrument,’” Williams told Adweek. “We put out many images that are unapologetically black, because we believe that it’s important for us to celebrate our culture and to communicate to the world that Black money matters.”

OneUnited previously teamed up with the Los Angeles chapter of Black Lives Matter for a card design, created a card to represent immigration and another to showcase black kings and queens. For Williams, pushing the envelope in the name of empowering black culture is what it’s all about.

“We understand that a lot of people are not used to seeing that, particularly from a bank—taking a stand that black lives matter,” Williams said. “But we think it’s really important for us to support social justice because we understand that civil rights and social justice have a huge impact on our wealth building. This is who we are. We’re Black all day, every day.”