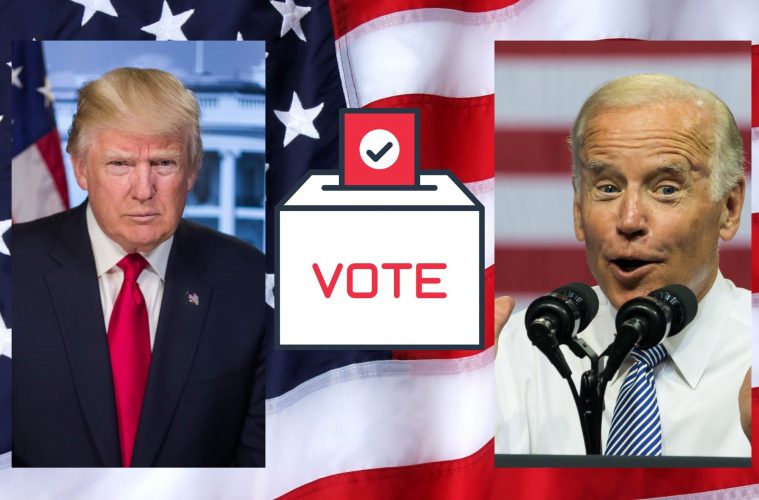 Biden Vs Trump: Will Voting For Either Help The Black Community?

People should not and especially black people should not be ashamed to vote for Biden or anyone . Voting is the most easy and basic step in participating in a democratic nation. American elections are more of a spectacle of popularity than democratic debates about the people’s needs and visions for the future.  This article is not an endorsement of Mr. Biden or Mr. Trump but an examination of their records when it comes to African -Americans and minorities as a whole . In my opinion both opinions from the main political parties have questionable histories when it comes to public policy and black people .

I believe African Americans should not vote for Joe Biden, because he was one of the founding fathers of the ill; that is mass incarceration. Then there was his opposition to busing and school integration. I mean the man said “ He didn’t want his kids to be in a racial jungle”. Then he supported the 2005 Bankruptcy Reform Bill that lead to today’s Student Debt crisis. 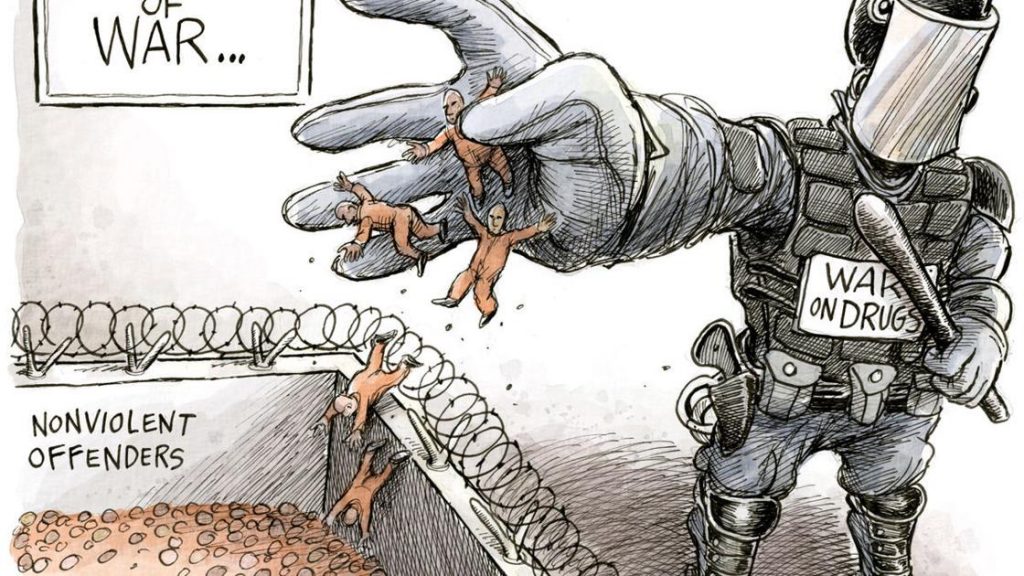 The “War on Drugs” was the official policy of the U.S. government that was supported by both Democrats and Republicans that called for biased enforcement on non-violent drug offenders who sold crack-cocaine and marijuana to feed their families. The “ War on Drugs “ was especially harsh when it came to African-Americans and Latinos. The militarization of the police force and mass incarceration of black and Brown people stood as the foundation for broken families in poverty stricken neighborhoods.

When it came to his integration policies on public transportation and education, Mr. Biden was a leader that catered to racist and reactionaries. In the 1970s Mr. Biden opposed legislation that would mandate integration of school buses and public schools. The Brown vs Board of Education Supreme Court case, that was supposed to desegregate schools, was passed in 1954. Many schools didn’t desegregate until decades later due to opportunity blocking policies that Joe Biden and like-minded congressmen supported. 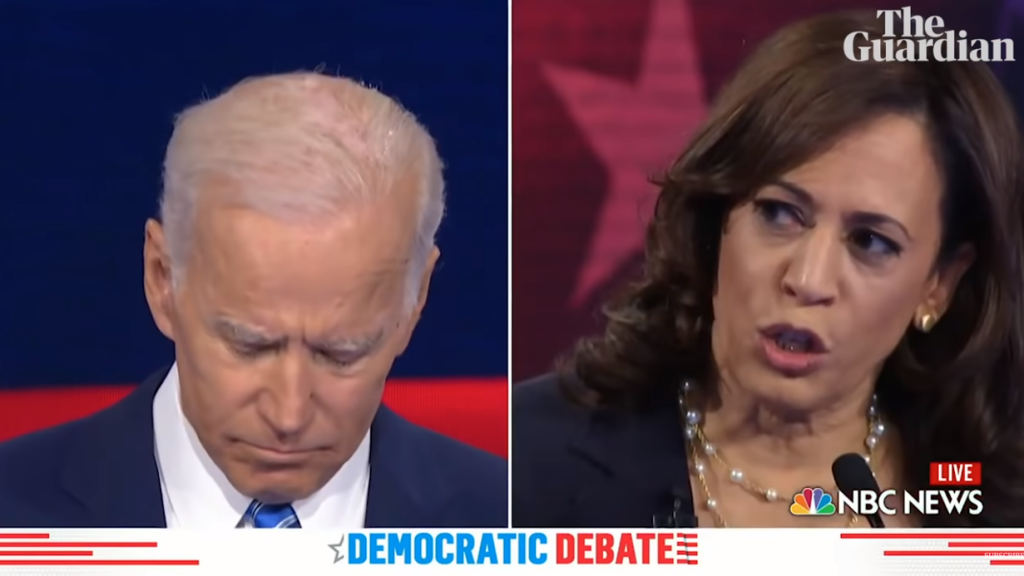 “You also worked with [those segregationist senators] to oppose busing,” Harris said, confronting Biden. “There was a little girl in California who was part of the second class to integrate her public schools and she was bused to school every day. And that little girl was me.”

Shocked by the direct questions of Kamala Harris, Mr. Biden denied the whole thing. Biden, who was Delaware’s senator from 1973 to 2009 replied, “I did not oppose busing in America… What I opposed is busing ordered by the Department of Education. That’s what I opposed.” 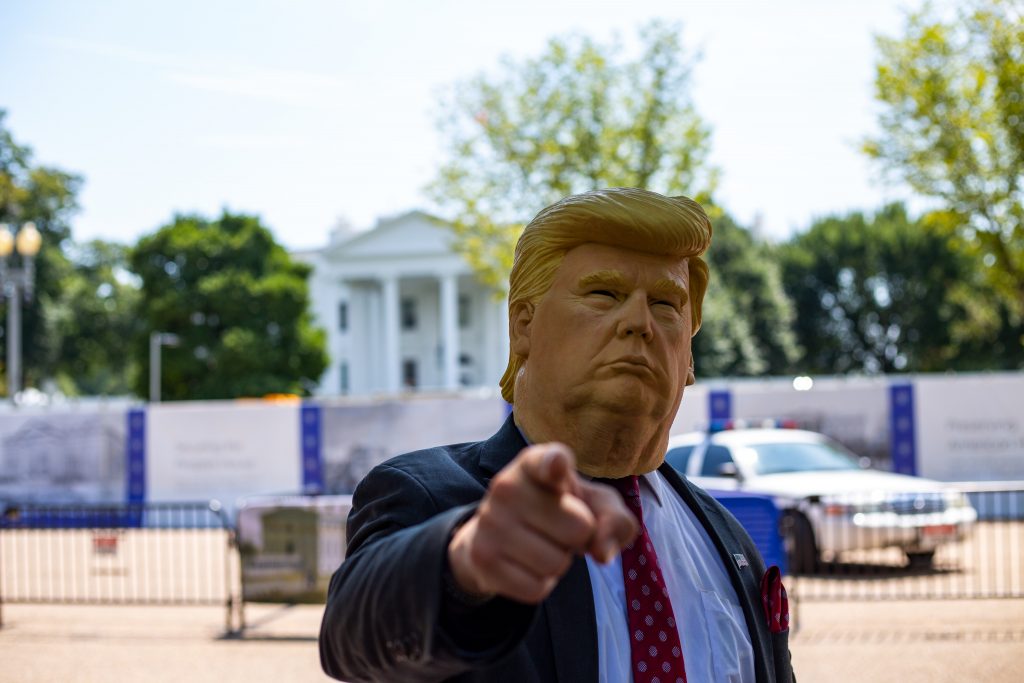 When it comes to Mr. Trump there his record worse when it comes to racism. Trump businesses over the last 40 years have been sued multiple time for racial discrimination and hiring . The first case being investigated by the United States Justice Department going back to 1978. Then there is the lack of policy when it comes to the wealth gap between minorities or more specifically African Americans compared to their white counterparts.

Outside of the First Step Act  which was a criminal justice reform bill that was well into the works before the administration was sworn in 2017 the administration has not followed through with any other laws or policies to reform the criminal justice system. Then there is the irony of Mr. Trump taking out an ad  supporting our flawed justice system when it came to supporting the death penalty for the “Central Park 5”  who would latter be found innocent of charges of assault . Mr. The Trump administration has not  been a friend or ally to really anyone in my opinion but that can also be said about Mr. Biden.

Most policies and movements that have brought progress for African-Americans and the average American, have not come from voting for a particular party whether it be Democrats vs Republicans. It comes from organizing and political action out in the streets.

The most competitive part of any democracy is the fact that a person or political party is competing against another party or person who may have more power, money, or support from influential organizations . African American political candidates are often under-resourced in regards to economic or political support. So it becomes difficult for a Black Agenda to be pushed by our melanin elected officials who have little support in the American political arena.

Black political leaders looking to represent our community should start organizing their mission and principals outside of elections. Fighting for the community whether it be equal opportunity in terms of employment, housing, education and more helps to build awareness around their brand. To see a politician fighting for his community outside of the election cycle is a rare occasion, this extra effort can spread the message of empowerment and justice in which the African American community can rally behind . Focusing on the mission, agenda, and principles of a potential political candidate, allows the community to see the clear strategy of the candidate rather than getting lost in the meaningless drama of electoral fighting and clout baiting. 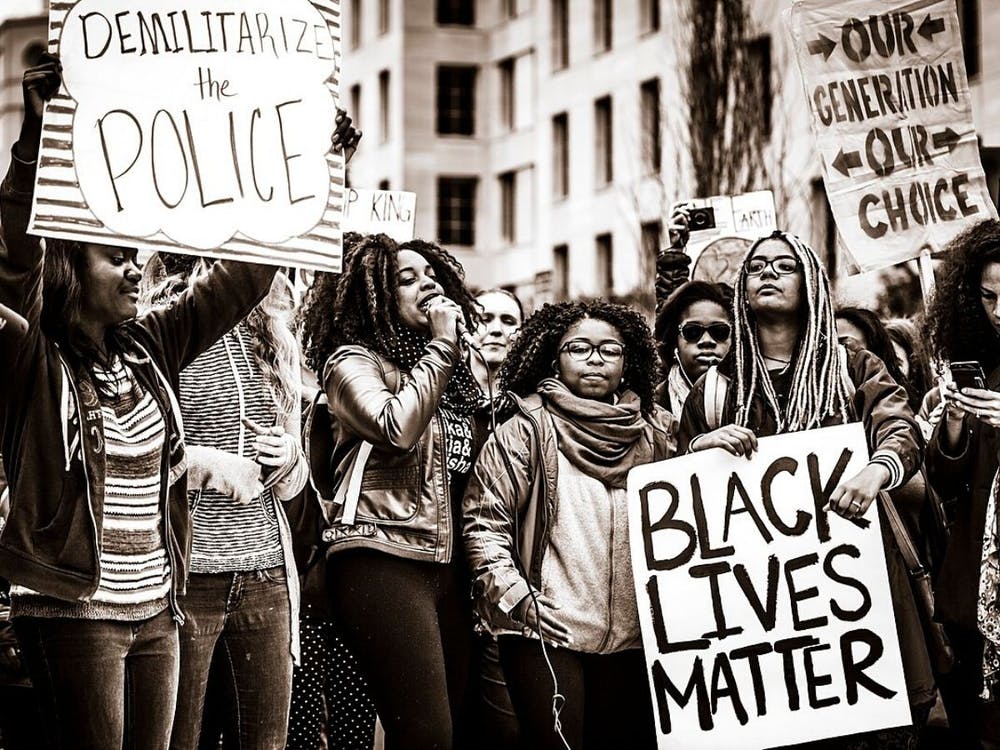 When it comes to changing policy and making a country a place that really represents “Justice for all” it must be done after and before elections . For example look at the “Black Lives Matters” (BLM) movement the organization was started around 2014 when it came to racism in the judicial system and over policing in some African -American communities . BLM coordinated mass protests, quick response teams, and chapters ready to protest unjustified shootings of African -Americans by the police . BLM was able to change the conversation from punitive justice to restorative by mobilizing and putting pressure on elected officials to change the judicial system . And it has worked cause there were chapters established in every major city and pressuring local officials led to cities changing their policing methods which in turn led to different states changing their own laws related to police interaction with African -American citizens.

So when it comes to the 2020 elections, don’t be ashamed if you want to vote for the Orange Clown Donald Trump, the Diamond Joe Quimby- Joe Biden. What’s most important is you listen to their visions and principals and focus on how they carry out their agenda.

With that said, social movements rarely or ever start at the ballot box on election day . Elections are supposed to be the peak of that movement that leads to eventual decline. So with that said elections are somewhat important but they are the easiest form of activism . The hardest form of activism is finding people who care about the cause and are willing to put in the time to work on and finish off those goals .

So enjoy the reality TV show of politics, and recognize what it is, bad television. However, remember political building is done without the lights of television . And that political change comes in the form of meetings and planning and not the spectacle of electoral politics . Electoral politics is and should be the end game of organizing and forming ideas .

Op Ed Disclaimer: NuOrigins Magazine or blog supports the right to free speech by allowing members from the community to express their views and perspectives on a non-judgmental platform. However it should be noted that the views, thoughts, and opinions expressed by the contributor of this article and those providing their comments, are their opinions, thoughts, and views alone. Their perspective does not reflect the opinions of NuOrigins Magazine or blog in anyway.  NuOrigins reserves the right to exclude comments/posts which they believe to be objectionable or otherwise inappropriate.