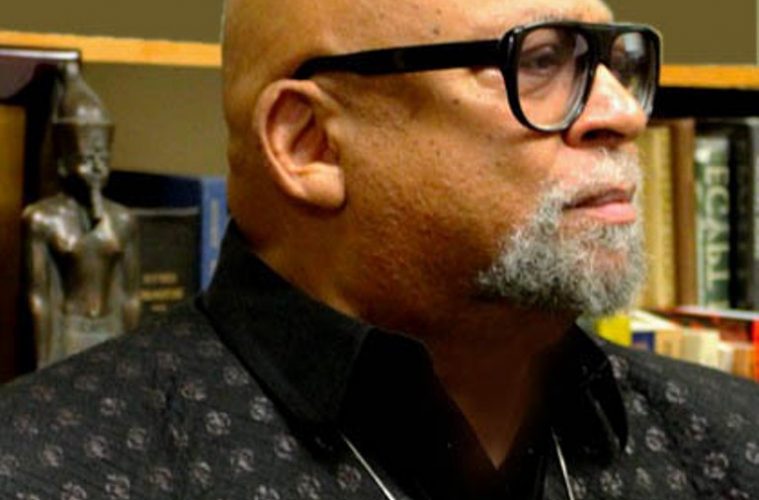 Being Ella Baker Even After the Election: VALUING OUR VICTORY, CONTINUING OUR STRUGGLE

IN OUR RIGHTFUL CELEBRATION AND VALU-ING OF our victory in saving ourselves and America from its Trumpian self, we must remember and recommit ourselves to continuing our larger struggle. For although we removed Trump, the monster side of America from office, the millions of people who support, enable and voted for him for a second term offer ample evidence the system itself is deeply flawed and in need of radical reconception and reconstruction. And so, at the outset, we must not harbor any Americana illusions of “we’re better than this or that,” as if “we” was all of us, doing wrong.

Indeed, the talk of “we” suggests we and our oppressors and opponents are one, and that we are part of the evil, injustice and oppression imposed on us. Thus, we must make a clear distinction between us and those who hate and harm us. Otherwise, we cannot rightly distinguish our- selves from our oppressors and opponents and we won’t be able to determine our friends and allies and wage the righteous and relentless struggle to be ourselves and free ourselves and this country from its Trumpian self.

Here, I want to raise the name, work, struggle and teaching of Nana Ella Baker. We say Nana as an honorific, meaning one who is worthy, worthy of praise, honor and emulation. She is famous for her stress on steadfast struggle, saying “we who believe in freedom cannot rest” until its achievement. And her lifework is an enduring reminder to continue the struggle, keep the faith, and hold the line, and not walk away from the battlefield until the struggle is won.

But first, let us celebrate and value our victory. It is a victory we share with all others who fought also to remove from the White House, open and unrepentant thuggery and thievery, officialized mendacity and savage meanness, and perversity and pettiness of a radically evil kind. Those others in resistance include Native Americans, Latina/os, Asians and Pacific Islanders and progressive Whites.

And as President-elect Jose Biden and Vice-President-elect Kamala Harris repeatedly reaffirm, Black people were key and indispensable to his victory in the primary, her selection and their ultimate election.

It is Black people, who as Dr. Martin King would say, “snatched victory from the jaws of de- feat,” revivifying and energizing a dying primary campaign and saving the general election from a Trumpian triumph and the hellish future that this would have had for us, everyone and the world. It has been our history to define and demand a more expansive democracy than the founding fathers imagined and imposed. And it has been our role to answer the constant call which says it depends on us to do what the majority of White voters and people refuse to do, defend the country and all its people from its worst White supremacist and anti-democratic tendencies and practices. And such was the call to unseat Donald Trump.

Min. Malcolm X in his classic lecture, “The Ballot or the Bullet” pointed to our coming into political consciousness in the 60s. He noted that “our people are also becoming aware of the strategic position that they occupy politically.” He added that our vote is a vital factor in determining the outcome of critical races and that we “hold the balance of power in this country politically” and we must demand our issues and agenda be ad- dressed in a rightful and timely manner.

The presidential election is usually decided in a number of key states and this time the race came down to a few battleground states and essential cities within those states. And within these must-win cities, Black people were the vital and decisive factor. Thus, in Atlanta, Georgia was won; in Detroit, Michigan was won; in Milwaukee, Wisconsin was won; and in Philadelphia, Pennsylvania was won. And again, Black people, Black women and Black men were decisive. That’s why it was important for Rep. Ayanna Pressley, one of the fearless four, to reject the generalized criticism and denial and diminishing of Black men’s role in the victory and to assert firmly that this defeat of Trump was a shared victory of Black women and men, in a word, a victory of and by Black people.

We must maintain the unity in principled and purposeful struggle that provided this victory. We must not embrace the pathological depiction of a divided community savaging itself which is produced, prompted and promoted by the oppressor. An example is the brutal character assassination of a small group of Black men and women who voted for Trump (est. 12%), maybe 15% of Black men and 8% of Black women. But concentration on this: hides the fact that 80% of Black men, 91% of Black women and 90% of Black people voted for Joe Biden and Kamala Harris and won the election.

Moreover, it is at best a selective morality of concern which calls no such attention to others who voted in markedly high numbers for Trump. For example, Latinos, 35% (Latino men 36%, Latino women, 38%) and in Florida, 45%; Asians, 45%; Jews, 30% and 40% in Florida; Catholics, 48% even though Biden is Catholic; evangelicals, 78%; LGBTQ, 28%; White men 58%; White women, 55%; all ages, professional and educational levels and these are early estimates.

Another problem with the racist, illogical and selective morality of concern is that it seems hypocritical to talk about respecting diversity and then savage it when you see it, as the oppressor does. There have always been conservatives among us. We can and do differ with many of their views and rightfully criticize and contest them. But there is a stark difference between rightful and needed criticism and character assassination and crude condemnation, especially using the racist language of the oppressor. Thus, we must, as I’ve taught since the 60s, practice an operational unity, a unity in diversity, a unity without uniformity and especially a unity in principle, purpose and practice, wherever possible. Finally, such self-destructive discourse and conversation diverts us not only from valuing our victory fully, but it also hinders, delays and diverts us from plans to go forward. If we want to benefit from our victory and go forward in meaningful and transformative ways, then we must unashamedly and unhesitatingly take credit for the victory we’ve won for ourselves and the country and make appropriate demands. We must demand from the Biden and Harris administration immediate and adequate resources for the well-being and flourishing of our community. Such an agenda must include healthcare, housing, rent relief, a continuing moratorium on evictions, adequate income and employment, quality education, investment in the community and its businesses, and the end of police violence and mass incarceration. AS ALWAYS, WE MUST REAFFIRM OUR HISTORICAL mission and indispensable role as a key moral and social vanguard in this country and the world. And we must be vigilant and resist the tendency of Whites to make up and call for healing of the nation without mentioning or being concerned with our gaping wounds and doing this at our expense. This means being Nana Ella Baker even after this critical election and refusing to rest until liberation and a good life is achieved. In a word, we must continue to push for the racial justice we voted for, the good we fight for, and the material well-being and prosperity we deserve