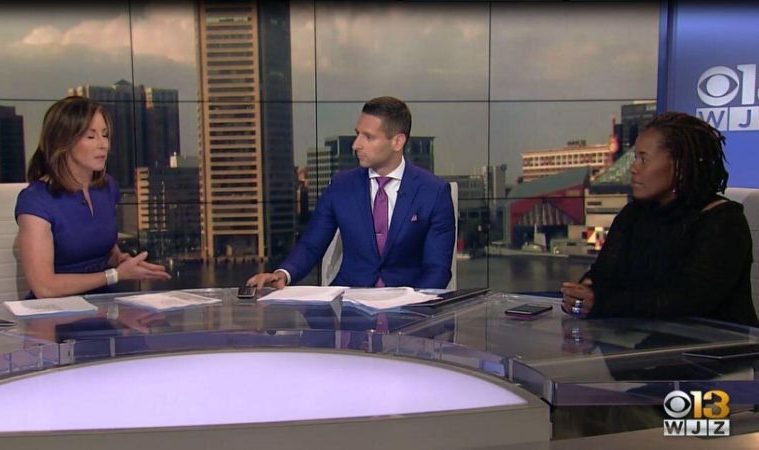 Baltimore anchorwoman Mary Bubala has been fired from WJZ after she made racially charged comments about the last three mayors of the city who were all Black women.

General manager Audra Swain confirmed to The Baltimore Sun in an email Monday that Bubala was no longer employed by the station.

“Mary Bubala is no longer a WJZ-TV employee. The station apologizes to its viewers for her remarks,” the statement said.

Former mayor Shiela Dixon also resigned in 2010 after being convicted of misappropriating $500 in gift cards intended for the poor. the interim by Stephanie Rawlings-Blake replaced her but was heavily criticized after the death of Freddie Gray in 2015. She decided against running again in 2016. In Bubala’s mind, there was a pattern.

Soooooo this happened following the resignation of #Baltimore Mayor #CatherinePugh. URGH!🤦🏾‍♀️🤦🏾‍♂️🤷🏾‍♀️🤷🏾‍♂️ I'm not even sure I want to hear the excuse for this.  I'm cringing and cursing🤬. (Reposting 📹video from @AndreShowell) pic.twitter.com/DPZfdnedFP

“We’ve had three female, African-American mayors in a row,” Bubala said on air. “They were all passionate public servants. Two resigned, though. Is this a signal that a different kind of leadership is needed to move Baltimore City forward?”

Whitehead’s response was not captured in the clip circulating online but she rejected Bubala’s framing. She provided a statement to The Sun.

“The current conversations around leadership in Baltimore are challenging, emotional, and at times include layers of racism and sexism. There is an assumption that since three black women have served as mayor — and the city has not entirely changed for the better — then perhaps black women are not fit to lead this city. No one can ask racially biased questions in the public sphere — including in the media — without being held accountable.”

Bubala apologized for her remarks after backlash from such groups as the Baltimore Association of Black Journalists.

“Last week I realized I made a mistake in the language I used on air. I immediately apologized for any hurt I unintentionally caused. I received immediate support from WJZ because they knew it was not in my heart to intentionally cause this kind of harm. I wanted to do an on-air apology but was not allowed. I hope that the people of Baltimore know that I would never do anything to hurt anyone,” she said.

Nicki Mayo, past president of the BABJ, reacted to Bubala’s firing. She was the person who brought attention to Bubala’s remarks on social media. Mayo felt Bubala’s dismissal was a ceremonial falling on the sword.

“I fall at the intersectionality of being black and a woman,” she said. “In something like this, I expect a woman to be more sensitive to generalizing a demographic. I don’t know any white women who would be comfortable with an anchor or anyone asking a question like the one we heard, saying, ‘Well, we’ve had three women back to back. Do you think it’s time for a different kind of leadership?’ I think every white woman I know would have been, like, ‘What do you mean by that?’”