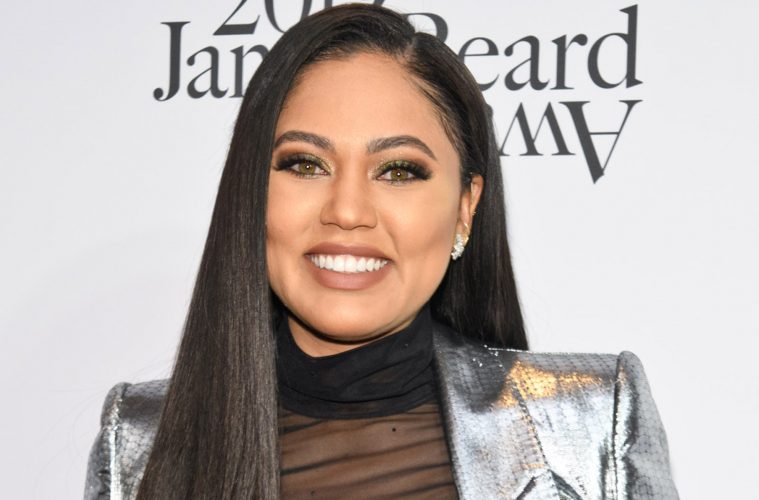 Ayesha Curry opened up to  “Working Mother” magazine  in a wide ranging interview that touched upon postpartum depression, a botched boob job and how the Black community needed to “embrace everyone better.”

Curry, the wife of NBA superstar Steph Curry, shared that she got a “botched boob job” after feeling “depressed” about her body after giving birth to her second daughter Ryan who is now 3 1/2 years old. The 30-year-old is the mother of the Curry’s three children that in addition to Ryan include eldest daughter Riley, 5, and 10-month-old son Canon.

“The intention was just to have them lifted, but I came out with these bigger boobs I didn’t want. I got the most botched boob job on the face of the planet. They’re worse now than they were before,” Curry said.

Curry added that the plastic surgery was a “rash decision” she would not make again. However, she would not judge others who took measures to make themselves look and feel better.

“I would never do anything like that again, but I’m an advocate of if something makes you happy, who cares about the judgment?”

Curry’s esteem and confidence has improved in recent years. She credited that to being a working mother. Curry is an entrepreneur, just having opened up the third location of her restaurant, International Smoke. Her resume also touts brand ambassador for CoverGirl and the Honest Company. In June, she will be executive producing and hosting Family Food Fight.

“If you’re a stay-at-home mom, and that’s what you love to do, that’s a beautiful thing. But on the flip side, if you have a passion, I think you’re doing yourself and your children an injustice by not showing them that you’re capable of doing both in some capacity, whether it’s a hobby or a day-to-day job,” she said.

Despite her renewed sense of self, Curry admitted that she did not feel completely accepted by the Black community.  Her mother is Jamaican and Chinese, and her dad is Polish and African American. Curry felt her complexion was often held against her.

“My own community needs to embrace everyone better. Sometimes I feel like I’m too black for the white community, but I’m not black enough for my own community. That’s a hard thing to carry,” she said.