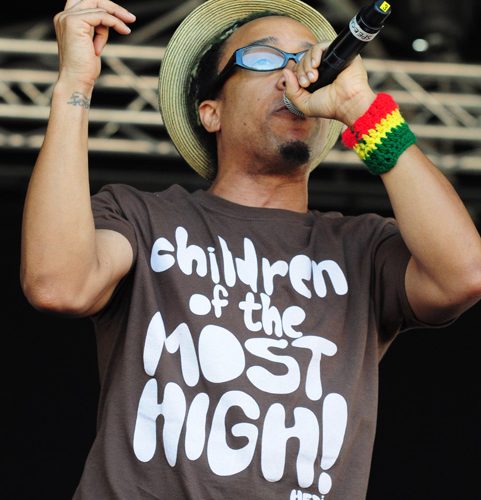 It probably comes as no surprise to fans of legendary hip-hop group Arrested Development that co-founder Speech is still “speaking” through his music. Speech’s EP “Expansion Pt 1” was released on May 5th and marks the first solo project released by the rapper in over 14 years.  With an award-winning career spanning over two decades, it comes as no surprise that “Expansion” effortlessly echoes Speech’s musical style. Since stepping onto the rap scene in 1987 with Arrested Development, Speech has consistently and successfully incorporated themes of black empowerment into both his solo and collaborative projects. His three-part YouTube Series “The NI#@a Factory” which explores what it is to be black in America whilst deconstructing systemic racism has racked up over 100,000 views.

The Ep’s lead single “Just to Cold” featuring Rambo & Danny B highlights what confidence is without having to flaunt materialistic items. “No chain, no range, and no gold but my God I’m just too cold” Speech raps over a catchy rap beat that embodies a jazz feel. All 4 songs featured on the EP deliver messages of strength, and how to stay uplifted as a black person during times like these. “Expansion Pt 1” is definitely a treat for fans of Arrested Development and “conscious” hip hop. Listen to “Expansion Pt 1” on any musical streaming service or platform.

I'm blessed to share w/ you all #Expansion Pt. 1, which marks my first solo release in 14 years🙌🏿❤️
The EP's available now through all DSPs, along w/ the visuals for “Just Too Cold,” filmed at the historic Werd Studios in ATL!