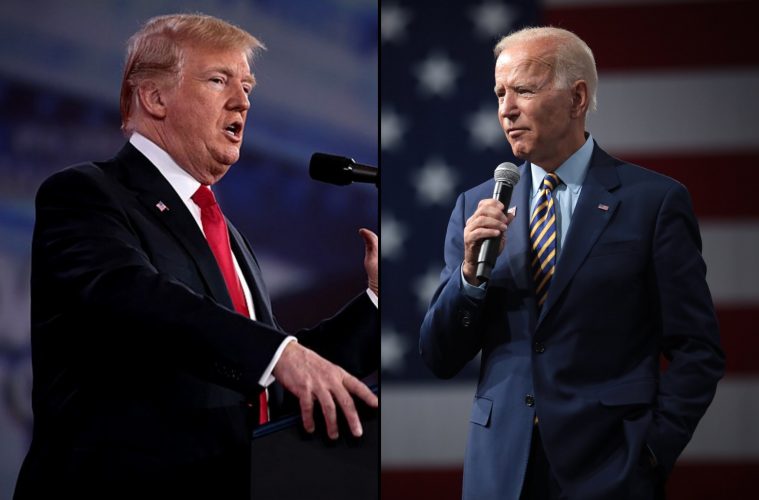 President Trump and Vice President Joe Biden took part in the first 2020 Presidential Debate. The image of Chris Wallace trying to pacify President Trump was beamed around the world. It was a PR disaster for America. The Guardian newspaper described it as a ‘national humiliation.’ Chris Wallace’s inability to take control of the debate led to a shambolic performance. Here are three key moments from the Presidential debate.

On the handling of the Coronavirus pandemic. Chris Wallace struggled to get the question out as Trump appeared determined not to want to hear the question.

Biden: “You folks at home, how many of you got up this morning and had an empty chair at the kitchen table because someone died of COVID How many of you are in a situation where you lost your mum or dad and you couldn’t even speak to them? ……This is the same man that told you by Easter it would be gone away by the warm weather it would be gone miraculously like a miracle… 40,000 people a day are contracting COVID and in addition to that between 750 and 1,000 people are dying, When he was presented with this number he said it is what it is. Well, it is what it is because you (Trump) are who you are.”

Trump: “You didn’t think we should’ve closed our country because you thought it was too it was terrible.  You wouldn’t have closed it for another two months. By my doing it early in fact, Dr Fauci said President Trump saved thousands of lives….And now we are a few weeks away from a vaccine…We’ve done a great job. But I tell you, Joe, you could never have done the job we’ve done. You don’t have it in your blood.”

Biden's statement that 1 in 1,000 African Americans died of COVID-19 is correct: https://t.co/Skd9ZQiggj #Debate

On why voters should trust Biden or Trump to handle race relations in America. Biden outlined the incredible cost of Trump’s indifference to Coronavirus and its deadly impact on African Americans. The figures are sobering and may explain the real reason for the Trump administration’s indifference to the Coronavirus pandemic.

Biden: “It’s about equity and equality. It’s about decency. It’s about the constitution And we have never walked away from trying to require equity for everyone, equality for the whole of America but we’ve never accomplished it. But we’ve never walked away from it like he has done it…Close your eyes remember what those people look like coming out the fields carrying torches, their veins bulging,  spewing anti-semitic bile and accompanied by the Klu Klux Kla.  A young woman got killed, and they asked the president what he thought. He said that there were very fine people on both sides.  No President has ever said anything like that.”

Chris Wallace: You have repeatedly criticised the Vice President for not specifically calling out Antifa and other left wing extremist groups but are you willing tonight to condemn white supremacists and militia groups and to say that they need to stand down and not add to the violence in a number of theses cities like we saw in Kenoshaand as we are seeing in Portland.”

Chris Wallace “Then do it, Sir”

Trump: “Proud Boys Stand back and Stand by but I will tell you what someone has got to do something about Antifa and the left because this is not a right-wing problem this is a left-wing problem.”

Supporters of the far-right Proud Boys group can be seen in an official President Donald Trump campaign video released earlier this year following a rally in Colorado.https://t.co/MjZgJxEvao

NEW VIDEO: The Proud Boys are more than just supporters of Trump. His longtime advisor and confidante Roger Stone is openly a proud boy member. The reason Trump won't denounce them is because he is one. #ProudBoyTrump. Pass it on. pic.twitter.com/NX1PD5c421

According to polling data a large section of American society is undeterred, they continue to support Trump regardless of his actions.  The presidential debates are not expected to move the needle in any significant way.

You will find more infographics at Statista