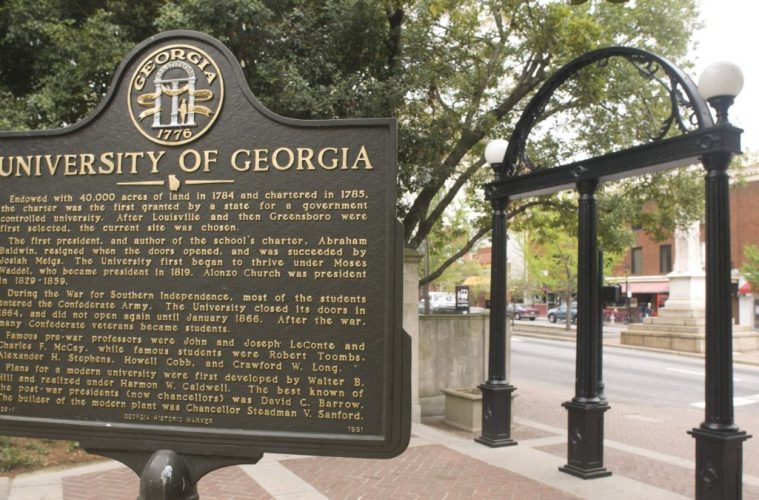 University of Georgia’s chapter of Tau Kappa Epsilon was suspended by the national chapter after a video on social media allegedly showed members referring to picking cotton.

ABC News reported that UGA also condemned the video and expelled the four members who were involved in the video on Saturday.  They also said that it was not filmed on campus. In the racist clip, members of the fraternity are shown using the N-word and hitting each other with a belt.

“I’m not black,” another person replied.

At this point, another person entered the room and only objected to the phrasing and used a racial slur.

“You’re not using the right words,” to which the member with the belt says, “Pick my cotton, n—–.”

The national chapter released a statement in which they distanced themselves from the chapter and its actions. They insisted that video did not represent the fraternity or their views.

“Tau Kappa Epsilon is disgusted, appalled and angered by the remarks shown in the video,” the national chapter said in a statement. “TKE does not condone or support any actions by its members that would be defined as racist, discriminatory, and/or offensive.”

“Since 1899, our fraternity has taken much pride in the diversity and uniqueness of our membership,” the statement continued. “Tau Kappa Epsilon has never had an exclusionary clause in our membership. Our founders believed, as we do today, in the personal worth and character of the individual, not his wealth, rank, or honor.”

UGA said in a statement that the matter was being investigated. Furthermore, the university insisted that behavior of this sort would not be tolerated. The school insisted that it would continue efforts to promote a welcoming and supportive learning environment for students, faculty staff.

“Whenever we receive complaints of racist or discriminatory conduct, we refer such matters to our Equal Opportunity Office in accordance with applicable laws and policies,” the statement read.