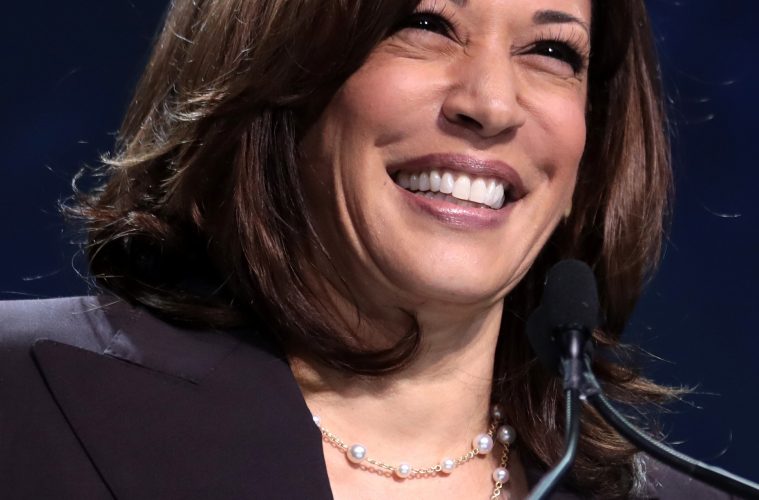 Donald Trump’s COVID19 diagnosis propelled the Vice President Debate into the national spotlight. With many perhaps for the first time genuinely considering what a Harris or Pence Presidency would look like.  The debate between Vice President Mike Pence and Senator Kamala Harris was always going to be tough. Kamala Harris disciplined, smart, measured, controlled performance was not a knockout performance and that may have been the plan.  Kamala had a  number of inbuilt disadvantages to contend with:  The shameless lying that is central to Trumpism, the likeability factor that women must face,  the angry Black woman trope, and finally the need to appease white voters who voted for Trump’s racism but cannot abide his brazen embrace of white supremacists the economic impact of his incompetence.  To win the conventional wisdom demands – they must be appeased not challenged.  As for Mike Pence, he just had to show up and he knew it. From Breonna, Taylor to Covid19, we take a look at the key moments.

With President Trump’s admission into hospital after testing positive for COVID 19 and experiencing breathing problems, Coronavirus is back in the national consciousness. With 210,000 Americans confirmed dead as a result of COVID 19 Pence was on the backfoot.

“Well, the American people have witnessed what is the greatest failure of any presidential administration in the history of our country.  And here are the facts. 210,000 dead people in our country in just the last several months. Over 7 million people have contracted this disease. One in five businesses closed. We’re looking at frontline workers who have been treated like sacrificial workers. We are looking at over 30 million people, who in the last several months, had to file for unemployment. And here’s the thing, on January 28th, the vice president and the president were informed about the nature of this pandemic. They were informed that it’s lethal in consequence, that it is airborne, that it will affect young people, and that it would be contracted because it is airborne.”

” I want the American people to know that from the very first day, President Donald Trump has put the health of America first. Before there were more than five cases in the United States, all people who had returned from China, President Donald Trump did what no other American president had ever done. And that was, he suspended all travel from China.  And I believe it saved hundreds of thousands of American lives. Because with that time, we were able to reinvent testing. More than 115 million tests had been done to date. We were able to see to the delivery of billions of supplies, so our doctors and nurses had the resources support they needed.”…..In the height of the epidemic when we were losing a heartbreaking number of 2,500 Americans a day, we surged supplies. “(see what they said at the time)

Jared Kushner, the president’s adviser and son-in-law, appeared at a coronavirus briefing and said a federal stockpile of medical supplies is not meant for individual states. pic.twitter.com/Fnyf9HlX3e

The differing views of the two campaigns on tax were on display.  Senator Harris focused on Biden’s tax policies and how they would benefit voters. Pence like his boss Trump resorted to outright lies claiming that the average household income of a family of four increased by $4,000 and saying very little about how the tax cut benefited billionaires and corporations. Whilst Senator Harris prosecuted the case against Trump’s tax cut for the rich she did not hammer home the point.

“I remember hearing about some infrastructure week, I don’t think it ever happened, but Joe Biden will do that. He will invest in infrastructure. It is about upgrading our roads and bridges and also investing in clean energy and renewable energy. Joe was going to invest that money in what we need to do around innovation. There was a time when our country believed in science and invested in research and development so that we were an innovation leader on the globe. Joe Biden will use that money to invest in education. So for example, for folks who want to go to a two-year community college, it will be free. If you come from a family that makes less than $125,000, you’ll go to a public university for free. And across the board, we’ll make sure that if you have student loan debt, it’s cut by $10,000.”

“When President Trump and I took office, America had gone through the slowest economic recovery since the Great Depression. It was when Joe Biden was vice president, they tried to tax and spend, and regulate, and bail our way back to a growing economy. President Trump cut taxes across the board. Despite what Senator Harris says, the average American family of four had $2,000 in savings in taxes. And with the rise in wages that occurred most predominantly for blue-collar, hardworking Americans, the average household income for a family of four increased by $4,000 following President Trump’s tax cuts.”

With the Trump administration piece by piece dismantling of the Affordable Care Act via executive orders and court challenges, and its failure to come up with a replacement or even articulate the way in which a replacement would work. ~ and the fast-approaching  Republican lawmakers challenge of the constitutionality of the ACA – the case is due to be heard in the Supreme court on November 2017.  Donald Trump had to conjure up a replacement hence his recent executive order on an America First Healthcare Plan – which is essentially an empty promo ad, full of wild claims and superlatives. So how did Senator Harris manage this target-rich policy area – by sticking to the facts. And Pence – a polite Trumpet –  evasion and lies.”

“ I hope we have a chance to talk about healthcare because Obamacare was a disaster, and the American people remember it well. And President Trump and I have a plan to improve health care and protect pre-existing conditions for every American.”  But look, Senator Harris, you’re entitled to your own opinion, but you’re not entitled to your own facts. You yourself said on multiple occasions when you were running for president, that you would ban fracking. Joe Biden looked at a supporter in the eye and pointed and said, “I guarantee, I guarantee that we will abolish fossil fuels.”

The big takeaway – Mike Pence’s insistence that there is no such thing as systemic racism. Harris response was empathetic and demonstrated clearly how a Biden/Harris ticket will tackle some of the issues that are critical for criminal justice reform.

“I don’t believe so, and I’ve talked with Breonna’s mother, Tamika Palmer, and her family and she deserves justice. She was a beautiful young woman. She had as her life goal to become a nurse, and she wanted to become an EMT … And her life was taken, unjustifiably and tragically and violently. And it just, it brings me to you know the 8 minutes and 46 seconds that America witnessed, during which an American man was tortured and killed under the knee of an armed, uniformed police officer. And people around our country, of every race, of every age, of every gender – perfect strangers to each other – marched shoulder to shoulder, arm and arm, fighting for us to finally achieve that ideal of equal justice under law. And I was a part of those peaceful protests.”….. Bad cops are bad for good cops. We need reform of our policing in America and our criminal justice system which is why Joe and I will immediately ban choke holes and carotid holes. George Floyd would be alive today if we did that. We will require a national registry for police officers who break the law. We will, on the issue of criminal justice reform, get rid of private prisons and cash bail and we will decriminalize marijuana.”

“Well our heart breaks for the loss of any innocent American lives, and the family of Breonna Taylor has our sympathies. But I trust our justice system, a grand jury that reviews the evidence. And it really is remarkable, that as a former prosecutor, you would assume that in a panel grand jury, looking at all the evidence, got it all wrong. But you’re entitled to your opinion, Senator. And with regard to George Floyd, there’s no excuse for what happened to George Floyd. Justice will be served. But there’s also no excuse for the rioting and looting that followed. I mean, it really is astonishing. Flora Westbrook is with us here tonight in Salt Lake City. Just a few weeks ago, I stood at what used to be her salon it was burned to the ground by rioters and looters. And Flora is still trying to put her life back together. And I must say this, this presumption that you hear consistently from Joe Biden and Kamala Harris, that America is systemically racist. That as Joe Biden said, that he believes that law enforcement has an implicit bias against minorities, is a great insult to the men and women who serve in law enforcement. And I want everyone to know, who puts on the uniform of law enforcement every day, that President Trump and I stand with you.”

In a CNN poll of voters who watched the debate, 59% of those polled said that Senator Kamala Harris won the debate whilst her favourability rating went up from 56% to 63%.  A CNN poll today shows Biden expanding his lead over Trump.   It appears Senator Kamala Harris knows America and did precisely what was needed. So its a win for Harris.  Trump’s resort to hateful,  dehumanising name-calling confirms the win.