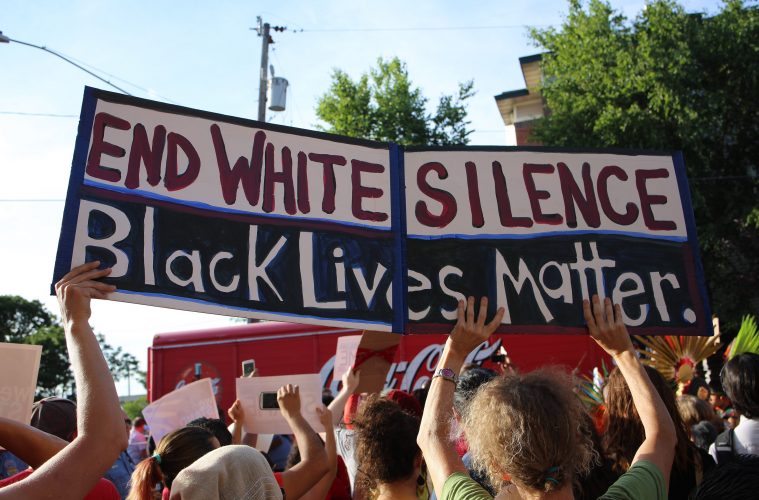 With the results of the 2020 election finally decided, Generation Z, the youngest group of Americans, is being hailed as one of the key players in not only this election, future elections as well. Yet as Gen Z continues to be noticed and hailed for their progressive achievements, an important detail is often skipped. The Democratic victory was not aided by just Gen Z voters, but Gen Z voters of color.

About 24 million of the eldest members of Generation Z were eligible to vote in the 2020 election, and 65% of them voted for President-Elect Joe Biden, 11% more than any other age demographic. Breaking down this unique group of young voters further, 87% of Black youth voted for Biden, 83% of Asian youth voted for Biden, and 73% of Latino youth voted for Biden. However, while Biden still won the majority-white youth vote, it came in at a slim margin of 51%, with Trump winning 45% of the white youth vote this figure is important as it challenges the prevailing narrative that young white voters are progressive. In reality, they are not too different from their parents.  When examining the voting power of Gen Z in this election, it is crucial to note that while Gen Z voters of color are overwhelmingly Democratic,  a significant proportion of white Gen Z voters voted for Trump.

One of the greatest Democratic victories in this election demonstrates the discrepancy between Black and white Gen Z voters: the Democratic flip of Georgia. Prior to the 2020 election, the last time Georgia voted for the Democratic candidate was in 1992 during the victory of President Bill Clinton. This year, a staggering 90% of young Black voters cast their ballots for Biden in Georgia, and in those counties with a high percentage of those young Black voters, Biden won by an average of 26 points more than his win across the state overall. Young Black voters were instrumental in this victory and it is unmistakable that they not only flipped Georgia to a Democratic state for the first time in almost 30 years but ultimately handed President-elect Joe Biden the presidential victory.Adversely, 62% of white youth in Georgia cast their ballots for Trump.

This glaring discrepancy makes blanket statements like “The 2020 election shows Gen Z’s voting power for years to come,” unfair to Gen Z voters of color, and hides the truth. It is of the utmost importance to specify that this progressive voting power is coming from Black, Latino, and Asian youth, and not their white counterparts. This is because it is these same young white voters who believe that the economy, not the coronavirus pandemic, is the biggest issue currently facing this country. Additionally, they also believe abortion should be illegal in all or most cases, the Trump administration has made the country safer in terms of crime, terrorism, and cyberattacks, and perhaps the most jarring statistic of them all, is that 84% of them believe that President Donald Trump has “changed the way Washington works” for the better.” These opinions are on par with Trump supporters aged 45 and up, likey their parents and grandparents, and are a deep departure from the opinions of these young voters of color who voted against Trump in herds.

As Gen Z continues to age and more youth become eligible to vote, it is of the utmost importance to make the distinction between Gen Z and Gen Z of color when discussing the profound impact they will continue to have on the country. With the presidential election decided, the country now turns its attention to the upcoming January 5, United States Senate runoff election in Georgia. Democrats now have an opportunity to split the Senate, and with the tiebreaker in the hands of Vice President-elect Kamala Harris, Democrats would officially have the majority. This is especially crucial, as Senate Majority Leader Mitch Connell has made it virtually impossible for Congress to pass any bills, blocking approximately 400 of them thus far, including all coronavirus aid packages that have come across his desk since May, leaving millions of Americans in limbo.

At the time of the January 5 runoff election, there will be an additional 23,000 Gen Z teens who will be eligible to vote. While it may seem like an inconsequential number considering there are over 7 million registered voters in Georgia, the Senate races will likely be decided by a narrow margin, meaning the election results, and the fate of the entire country could very well be decided by these young voters. Splitting the Senate would be a huge coup for not just Democrats, but for the millions of Americans affected by the Covid-19 crisis. Should Democrats be able to gain both Senate seats, when the spotlight is on Gen Z voters and the increasing impact of their votes, it is imperative to remember that impact is not being made by Gen Z as a whole, its being made by Gen Z voters of color.