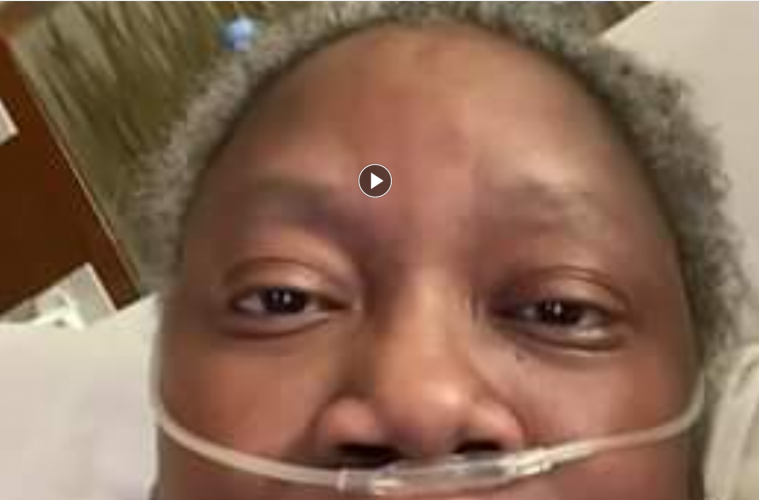 Dr. Susan Moore: “I put forth and I maintain if I was white, I wouldn’t have to go through that.”

“This is how black people get killed when you send them home and they don’t know how to fight for themselves” Dr. Susan Moore M.D

Covid-19 is the global pandemic that shaped 2020 and is laying bare the health disparities between black and white communities, with Black people almost three and a half times more likely to die of COVID 19 than white people. As is always the case, conversations about racial disparities follow predictable patterns of thinly disguised victim-blaming – articles about Black people’s health issues abound.  Dr. Susan Moore’s bravery laid bare the critical role that structural racism plays in poor health outcomes for Black people. Dr. Moore’s treatment proves that for Black people it is not solely a factor of comorbidities or economics but also of the substandard healthcare experienced by Black people.

Dr. Moore tested positive for COVID 19 on the 29th November 2020.  She was admitted to I. U. Heath Health  North Hospital, Carmel, Indiana. She was discharged on December 7th, she was promptly readmitted to a different hospital less than 12 hours later with a fever and problems breathing. Dr. Moore died three weeks after her diagnosis

Dennis M Murphy, President and Chief Executive Officer at Indiana University Health issued a press release in response to the death of Dr. Susan Moore.  Mr. Murphy stated “I do not believe that we failed the technical aspects of the delivery of Dr. Moores care” his statement went on to express concern about another aspect of her treatment  “we may not have shown the level of compassion and respect we strive for in understanding what matters most to patients” and he managed to fit in a racial trope by referencing her as ‘intimidating’.

What we know about the technical aspect of her care came from  Dr. Moore herself in a video posted on Facebook. Dr. Moore outlined in her own words key areas of poor care including Dr. Moore tried to save her own life. The fear that she felt was palpable and she shared her experiences on her Facebook page explaining her symptoms “respiratory rate of 30%,  heart rate in the 150s and a fever of 101.5%” Dr. Bannec reportedly said that her chest X-ray was normal and did not initially agree to a CT Scan and was reluctant to issue pain relief.  .  The CT scan showed “large mediastinal lymphadenopathy right lower lobe infiltrates in a new left lower lobe infiltrate.”

Dr. Bannec alleged poor treatment and repeated downplaying of her symptoms –  he questioned her pain, refused to adequately medicate her, suggested that she was not experiencing problems breathing and that she could go home.

It was only she pushed for and got a CT angiogram of her neck which she said showed new infiltrates in her lungs superiorly and new pleural effusion that her treatment improved” she explained “Next thing I know I’m getting a phone call saying what can we get for your pain. Why do I have to prove that there’s something wrong with me in order for my pain to be treated? I have informed the patient advocate” She was promised diversity training for staff by the CMO who assured her that she would receive appropriate treatment and then she was discharged.

Her Facebook posts show her understanding of her medical condition and the appropriate care that she required and even her knowledge as a fellow doctor could not protect her from systemic racism in healthcare.  Susan Moore was discharged on December the 7th and rushed back to a different hospital less than 12 hours later where she was treated for bacterial pneumonia and Covid 19.

Dr. Bannec was clearly aware of how dangerous COVID 19 is to patients with comorbidities and still failed to provide her with comprehensive treatment. It is impossible to argue that the hospital did not know that her life hung in the balance. With blanket media coverage of the high risk faced by COVID 19 patients with comorbidities. Why was she given such a light touch and then discharged? Why was her voice not listened to? Why did the CMO not fulfil his pledge to ensure that she received appropriate treatment?  This was not the failure of one white man but of white supremacist ideologies that inform the behavior of individuals and institutions.

The various explanations for this failure range from she was ‘intimidating’ to its a failure of compassion are all trying to protect a broken system. If you discharge a patient and they relapse within 12 hours as in the case of Dr. Moore and it does not fall into the category of a technical failure then what does.  Patient reviews of  Dr. Bannec show that there have been concerns about his performance with one particular review posted on December 13th, 2019 referencing him as “rude opinionated and condescending and providing substandard care”  the comments echoed many of the criticisms that Dr. Moore levelled at Dr. Bannec.

According to  Brookings Institute, COVID death rates for Black people aged 45-54 are at least six times higher than for whites. Dr. Moore’s death at age 52 at Ascension St Vincent Hospital in Carmel will add to this disproportionately.

Dr Moore’s courage meant that the systemic failure at I. U. Heath Health  North Hospital, Carmel, Indiana will not be allowed to be swept under the carpet. She may not have saved her own life but she has empowered black patients to publicise their treatment and to hold the system to account. Black Doctors whose voices were not being amplified by the media are not able to share their experience of the health disparities.

Dr. Moore’s video forces both the media and the health community to confront and dismantle a health care system that continues to treat Black lives as if they have little to no value.

Rest in Power – Dr Susan Moore. Supporters of Dr Moore have set up a Go fund me to support her one surviving child and her two elderly parents who are both suffering from dementia.