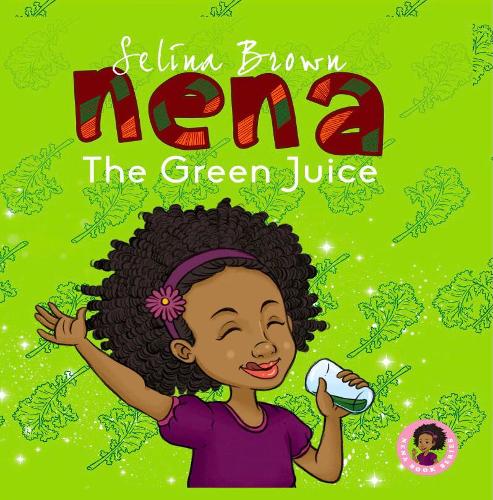 Head of Marketing and Events at the Legacy Centre of Excellence in Aston, Birmingham, Selina Brown recently declared to social media that she now has Jodie Hodge from United Agents Books as her literary agent. Describing Hodge as ‘literally the best one in the UK children’s book world’’ Brown was elated that her laboriously hard work has paid off. This journey involved submitting loads of manuscripts.

Brown who has experience of organising book festivals in conjunction with publisher giants such as penguin and has worked with brands such as MTV and Google admitted ‘’It’s been an absolutely journey of hills and valleys to get to this point, but I have finally made it!’’.

Social media platforms such as Twitter shared Brown’s exhilaration. Nena: the Green Juice was published in 2020 and is available at independent book stores and large retail outlets such as Afrori Books in Brighton and Waterstones. The prestigious new deal with United Agents Books means Brown’s book will be more readily available to purchase in outlets within New York, nationally across the U.S, and worldwide.

I have some AMAZING news…I now have a Literacy Agent! And not just anyone, one of the best @JodieHodges31 from @UA_Books

I’m still pinching myself that this is happening. I’m so full of gratitude right now…#writingcommunity #amwriting #amquerying #kidlit pic.twitter.com/jotLlBLjMs

Using a sample of children’s bestsellers lists from the New York Times (NYT) and the School Library Journal best book lists, Words Rated declared that there had been a 23% decline in Black characters in children’s best sellers between 2020 and 2021, signifying a possible dwindling trend.