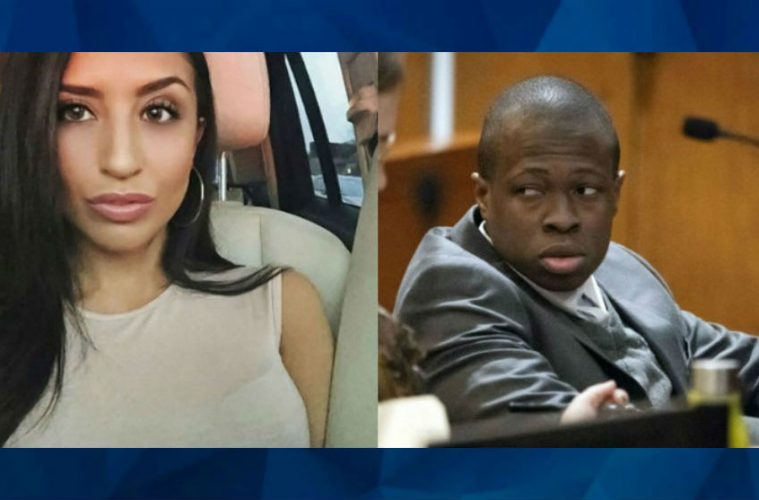 Chanel Lewis was convicted Tuesday of killing Karina Vetrano and sentenced to life in prison without the possibility of parole.

Per CNN, authorities stated that Lewis, 22, killed Vetrano, 30, in Howard Beach Queens on August 2, 2016. It is believed he pulled the jogger from her path, proceeding to sexually abuse and strangle her. She was not far from her home at the time of her murder.

Her father, Phil Vetrano, alerted police when his daughter didn’t come home and found the body while searching with officers. Lewis was arrested in February 2017 and charged with second-degree murder. Police Commissioner James O’Neill said that DNA linked Lewis to the crime and prosecutors said there were two confessions by Lewis.

Vetrano’s father spoke at the sentencing.

“That monster killed four people the night of August 2,” he said according to CNN affiliate WABC. “One is in heaven. The other three walk the earth as zombies, just waiting to die to be with Karina again.”

Her mother addressed the court.

“Chanel Lewis slaughtered me as well with the gruesome slaying of my soul,” Cathie Vetrano said while clutching a pair of her daughter’s white work shoes. “The second you put your hands on a child of God, you rejected the Holy Spirit and acted out as the devil…Repulsive are you. You left her in a hiding place, and like a snake, you slithered into the night with your secrets and lies.”

Justice Michael Aloise added an extra 32 years in prison to the life sentence for the second-degree murder and sex abuse.

Lewis has maintained his innocence and the defense claimed that his confessions were coerced. Furthermore, they questioned the accuracy of the DNA evidence because it was found on Vetrano’s phone, neck and fingernails but nowhere else at the crime scene. It was also reported that Lewis’ legal team believed evidence was withheld by the prosecution that would’ve been favorable and possible jury misconduct.

“I’m sorry for the family’s loss, but I didn’t do this,” Lewis said at the hearing.

The Legal Aid Society represented Lewis and continued to do so despite the ruling. They declared that the case and ruling was born out of a desire to convict at all costs.

“This was done without any concern for Mr. Lewis’s Constitutional rights to due process and a fair trial. We will appeal this case to the Appellate Division to secure Mr. Lewis the justice that he deserves,” the group said in a statement.