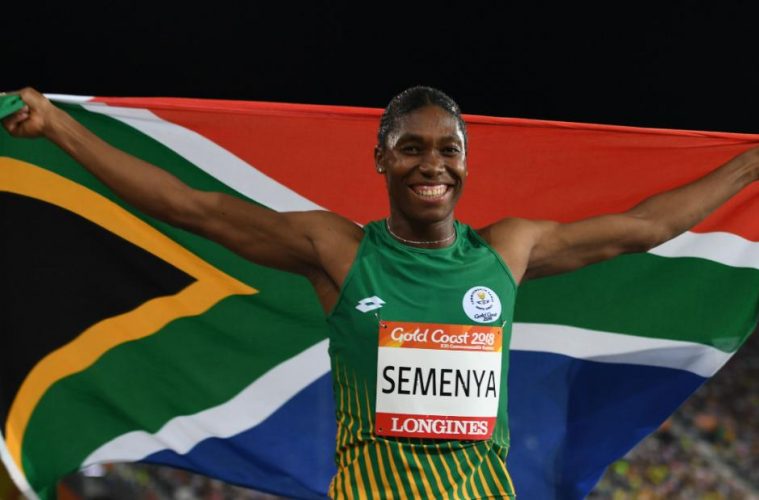 The Court of Arbitration for Sport (CAS) announced Wednesday that its three-person panel had rejected Semenya’s challenge against athletics’ governing body — the International Association of Athletics Federations (IAAF) — “by majority”. CAS added that it had serious concerns as to the future practical application of the new rules. They stated “differences of sex development (DSD)” are discriminatory but that Semenya needed to abide by them. The ruling was 2-1.

Semenya is hyperandrogenous, born with elevated levels of testosterone. The 28-year-old South African track star must now take medication to reduce her testosterone if she wants to compete internationally at events between 400 meters and one mile where she has been the dominant athlete. Critics have charged that her testosterone levels gave her an unfair advantage in the women’s competition.

“I know that the IAAF’s regulations have always targeted me specifically. For a decade the IAAF has tried to slow me down, but this has actually made me stronger,” Semenya said in a statement.

“The decision of the CAS will not hold me back. I will once again rise above and continue to inspire young women and athletes in South Africa and around the world.”

The statement continued with Semenya indicating that she would appeal this decision. Semenya has 30 days to file one.

IAAF’s policy new policy will go into effect on May 8. All DSD athletes, who are usually born with testes, would have to reduce their blood testosterone levels to below five nmol/L for a continuous period of at least six months, and maintain those levels continuously for the rest of their athletic career.

The South African government said the new rules were a violation of human rights. They sent out a series of tweets in support of Semenya with the insistence that they were simply naturally superior.

Minister Xasa has assured #CasterSemenya of South Africa’s continued support as we navigate the future with her. #WeAreCasterSemenya pic.twitter.com/tUfJGDSnVe

In conclusion, Minister Xasa: You remain our Golden Girl #CasterSemenya, what you have done for our people and girls is enormous. You have flown our flag high, you have united a nation and inspired a rural girl. For that we thank you Mokgadi. #WeAreCasterSemenya pic.twitter.com/sUkjIf0zAC

The South African Ministry of Sport has told CNN it plans to appeal.

“We are naturally very disappointed with the decision. This is not only against human rights but also a blow to all South Africans. We are committed to lobby other athletics bodies to stand behind us. This wasn’t only Caster Semenya’s case but also Athletics South Africa and we plan to study the report in detail. We plan to appeal this decision,” a spokesperson said.