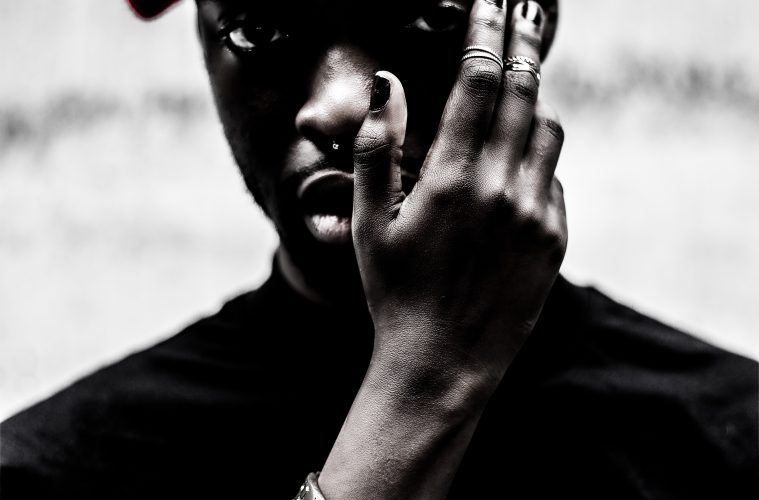 Campaign of Fear: The Effort to Stop Freedom of the Press in Somalia

After decades of civil war and internal unrest, the election of Mohamed Abdullah Mohamed “Farmayo” brought with it the possibility for Somalia to usher in a new era of freedom. But that has been anything but the case, particularly for members of the media within the East African nation whom have been the frequent targets of violence, arrests, and intimidation at the hands of their own government.

For years, even decades, journalists in Somalia had grown accustomed to being attacked by members of the brutal terror organization Al Shabaab. Now however, Somali journalists have witnessed a significant uptick in harassment coming from state authorities. Most recently, there has been a clamp down on reporting pertaining to the COVID-19 pandemic that has rolled upon Somalia’s shores. Yet these tactics employed by the Somali government, more specifically the nation’s Ministry of Information are far from novel. 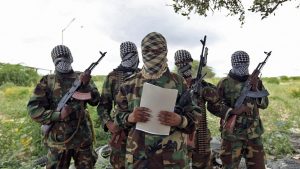 For all the well-wishing that came with the inauguration of the Farmayo administration, journalists and media outlets have witnessed an almost complete deterioration of their fundamental rights to expression, speech, and press. In fact, subsequent to the former administration of ex-President Hassan Sheikh Mohamed, the campaign against Somali media organizations have reached new heights.

Last year alone, an estimated 38 journalists were arbitrarily arrested and detained by state security forces and this year the intimidation tactics show few signs of slowing down. Most recently at least one journalist, Mohamed Abdiwahab Nuur (pictured right), was arrested and held incommunicado for months.

Several of the journalists targeted by government officials were arrested more than once, and on a number of occasions they have been beaten, tortured, and threatened at gunpoint according to information compiled by the Somalia Journalist Syndicate (SJS), a sister media advocacy group to the Committee to Protect Journalists (CPJ).

CPJ’s sub-Saharan Africa Representative, Muthoki Mumo, has described the government’s efforts as “transparent attempts to harass the press” and a concerted effort to keep media people from doing their jobs. Indeed in 2016, prior to the election of Farmayo, the number of journalists arbitrarily arrested numbered six, and could be assumed by some, though repressive to free expression, as more of a reactionary measure to specific critical reports. However in 2017, the number of journalists arbitrarily arrested by state security forces more than doubled (16) and by 2019 the amount of journalists detained on at least one occasion was six times higher than just three years prior. Such an alarming increase in number and use of heavy-handed tactics suggests the possibility the government is enacting a more calculated and deliberate effort to suppress free press.

Even more than the noticeable increase in the harassment and intimidation of individual journalists is the surge in the closures, bans, and crackdowns on the media outlets themselves. One example occurred in December 2019, when the Ministry of Information in the Hirshabelle state shutdown City FM, based in its state capital Jowhar. This led to the detainment of at least seven staffers, the confiscation of the keys to the station, and an indefinite shutdown. For what seems to be a pattern in raids of this kind is the appearance of authorities seemingly without warning, without producing or issuing warrants or documents with information on the nature of the raid and what offense the accused had allegedly committed.

Like the Federal State of Somalia, the Hirshabelle state rests the authority to police and punish journalists and media organizations solely in the hands of their Ministry of Information. In the case of Hirshabelle’s information ministry, this division is led by Director General Mohamed hassan Kuymiye, who later said that the decision to shut down City FM was the result its owner, Abdishakur Abdullah Ahmed, refusing to appear for a summons pertaining to accusations of spreading misinformation. 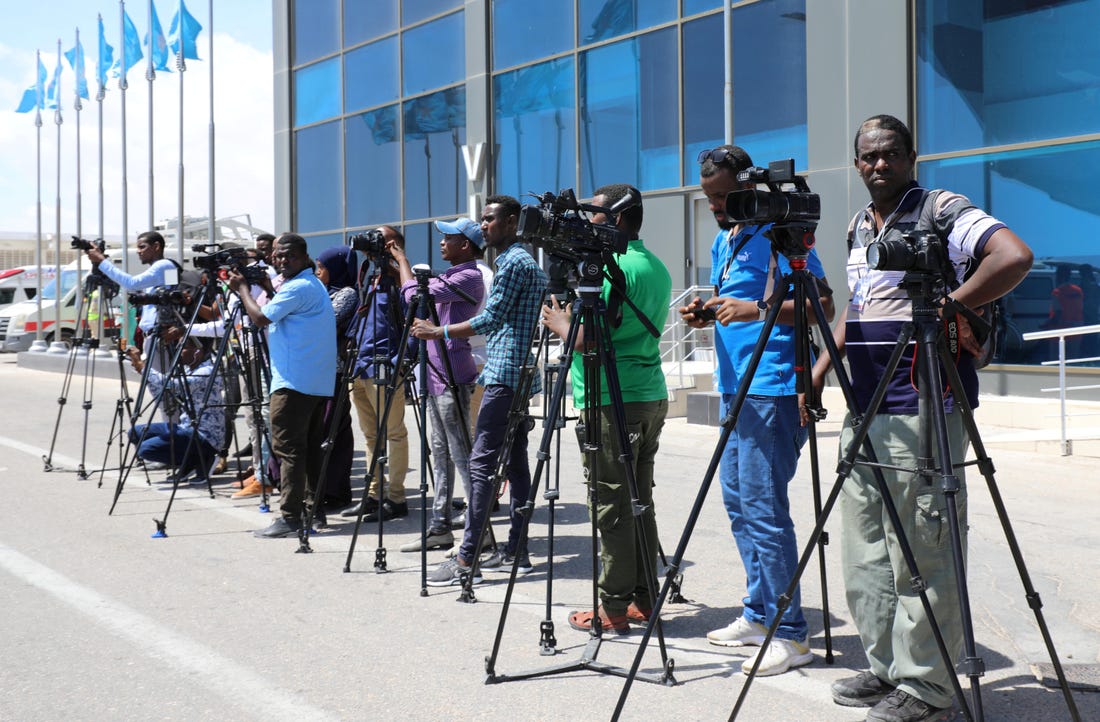 In other areas in and around the sphere of Somalia, similar measures had been taken. In the breakaway state of Somaliland, attempts to suppress the media have been even more punitive. One example occurred in June 2019, when Somaliland’s Ministry of Information shut down two independent television stations, Horyaal 24 and Eryal TV, that were both based in the capital city of Hargeisa. Somaliland’s Ministry of Information chief, Mohamed Muse Dirie, contended that both stations aired content that threatened national security, yet did not specify any further as to what content and why it was deemed a threat.

Just how Somalia governs over its scores of independent media organizations is a process shrouded in ambiguity. While presumably designed to insure the freedoms of speech and press, its actions against the media seems all the more drenched in irony. Although the Somali government allows independent media organizations to exist, it closely monitors their content and cracks down harshly when it deems such content in violation of national standards. While the Somali Provisional Constitution supposedly secures the freedom of expression, the new media bill, recently approved by both the Upper and Lower Houses of the nation’s parliament, allows the Ministry of Information to operate outside and in many cases in direct contradiction of constitutional law.

In both the federal and surrounding Somali states ministries have near autonomy when determining whether or not a journalist or media outlet has violated official content policy. In this way, the federal government can clamp down on freedoms of the press, while absolving the presidency of any accountability for the measures they employ. While most of the arbitrary arrests lead to a quick release without charges being filed, the message that is sent through the beatings, threats, and intimidation is abundantly clear. For example, Farban Mohamed Husseinm, a reporter for Radio Kulmiye, was arrested five times over the two previous years. On at least one of those occasions Hussein was blindfolded and beaten with a gun.

The Ministry of Information may choose to now act under the newly adopted media bill or the decades-old penal code which allows for arrests for offenses like criminal Report, offending a public official or office, or insulting the honor of the head of state. Both the prior penal code and the new media bill contain vague language leaves the window of interpretation wide open for authorities. The bill’s language was recently described by Arnaud Froger, head of Reporters Sans Frontieres’ Africa desk as, “deadly for Somalia’s journalists and media if adopted in its current form.”

For instance, Article 4 of the new media bill place restrictions on “false news” and “groundless propaganda.” To oversee the “validity” of news and information, the bill provides for the formation of a statutory media regulatory body that will be known as the Somalia Media Commission (SMC). Yet even this attempt at applying some form of legislative process falls far short of impartiality since 9 members of the commission are nominated and approved by the Ministry of Information. Even licensing for media outlets rests solely under the purview of the ministry.

What may be equally alarming about the language that is contained in the bill, which includes punitive punishments that can include prison terms in some cases, is what is not continued in the legislation. The bill provides little or no legal recourse for both the accused and those deemed in violation. Also largely absent from the bill is protection from authorities who act in excess. In fact, the Somali government has a fearsome track record of conducting lax investigations into cases of murder of journalists and being notably lenient towards officials who overstep or abuse their authority. A prime case of this occurred in 2018, when a 17 year old cameraman for SBS TV, Abdirizak Qassim, was shot and killed by a police officer for refusing to stop at a checkpoint. Although the officer was convicted and sentenced, his term was set for five years and fined 100 camels. However, the officer has yet to serve his sentence or pay his fine since he was allowed to flee and believed to be hiding in nearby Galmudug.