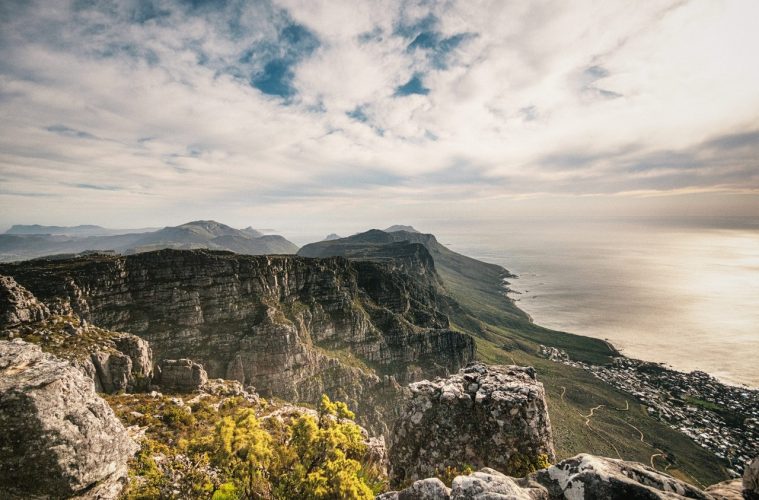 In 2004, the world got their first glimpse of the secret underworld of nuclear proliferation when the name Abdul Qadeer Khan became synonymous with the dangerous and illicit trading of technology and components to enrich uranium for use in nuclear weapons.

A.Q. Khan, who would come to be known as the father of the Islamic bomb, was not satisfied with bringing his home country of Pakistan a nuclear weapon. Khan would go on to trade nuclear technology on the black market to world leaders who were unable to obtain this know-how through normal channels beforehand, and they were prepared to pay untold riches for the ability to produce their own nuclear arsenals.

Khan formulated a complex chain of suppliers, companies and contacts, part of which extended through South Africa. Through the prosecution of Khan, the world would also learn about South African contacts within the network and its relationship with one of Khan’s willing customers – the Islamic Republic of Iran.

Iran, a nation whose nuclear ambitions are constantly hampered by U.S. and international sanctions, was one such country unable to trade for nuclear technology and components on the open market. Iran was more than anxious to pay big money to take advantage of Khan’s elaborate network, though even today Iran emphatically denies seeking nuclear technology for anything other than civilian purposes.

South Africa, under apartheid rule through the presidency of Nelson Mandela,  was and is a staunch advocate for Iran on the world stage. And though the Khan network has been seemingly dismantled, South Africa may be continuing to supply the Iranian regime with a key ingredient needed to produce nuclear weapons – uranium.

As it was during the days of the Khan network, it still is today when Iran is sidestepping sanctions and atomic investigative bodies like the IAEA. It is both a highly dangerous and a highly lucrative business.

Indeed for the right price and with the right connections, some companies would be willing to supply totalitarian regimes like Iran and North Korea with the components necessary for these countries to reach their nuclear and geopolitical ambitions. For two and a half decades, South Africa has stood alongside Iran in these endeavors.

In December 2019, leaked Iranian intelligence documents revealed that the South African government planned to continue and to in fact bolster its defensive cooperation with Tehran, making further arrangements for their respective foreign ministers to meet more frequently. Iran describes the nature of its defensive partnership with South Africa as part of its “South – South Strategy” (South Africa and South America).

Yet publicly, the Iranian government continues to insist their interest in nuclear technology is for civilian energy projects. This is an explanation both the U.S. and other members of the UN Security Council are not prepared to accept.

South Africa has made little mystery regarding its support for Tehran. South Africa has openly advocated and campaigned for the removal of sanctions against Iran. For Iran, there is no better ally to have than South Africa.

Besides its influential position as a key member of the UN Security Council, South Africa is rich in uranium. In South Africa, uranium is the byproduct of gold mining.

The uranium-oxide is extracted from rock and enriched to the uranium-235 isotope, then loaded into nuclear fuel rods. South Africa’s long-standing relationship and advocacy for the Iranian regime makes the trading of uranium to Tehran far more likely.
Internally, South Africa’s ties to Iran run deep and over the years this cooperation has been both a highly political and a highly controversial subject.

This controversy is poised to become even more contentious as the U.S. continues to put pressure on a number of African nations that have a history of circumventing sanctions by doing business with countries like Iran and North Korea. One such controversy occurred when former intelligence chief Mo Shaik appeared before the Zondo Commission – created to root out state capture, corruption and fraud in the South African public sector.

Shaik alleged both former President Jacob Zuma and former State Security Minister Siyabonga Cwele hindered an investigation into the ties between the Gupta family who own the Shiva Uranium mine and the Islamic Republic of Iran.

Shiva is South Africa’s largest uranium mine and the Gupta family’s largest investment in the nation purchased from Glencore Mining in 2010. Both Shaik and former spy boss Gibson Njenje claimed they were persecuted, then eventually ousted from the security agency (SSA) for launching an investigation into the Gupta family and alleged funding it received from Iran.

Former President Zuma vehemently denied there was any such funding. Yet allegations of influence from private tycoons like the Gupta family upon political figures and the appointment of officials are far from unique.

Much of this seems to center around the mining industry in South Africa. This type of influence may have played a role in the removal of South Africa’s former Minister of Mineral Resources, Ngoako Ramatlhodi in 2015.

After President Zuma sacked Ramalthodi, Mosebenzi Zwane was appointed as his replacement. Zwane assumed the role as the new Minister of Mineral Resources despite having no experience in the mining industry.

But as it turns out, Zwane may have been a necessary appointment to allow the Gupta’s to continue to trade uranium with whomever and however they pleased. Zwane was suspected of having close ties with the Gupta family when, as MEC of Agriculture, Zwane made alleged payments to a Gupta-linked company for a Free State dairy project in Zwane’s hometown of Viede.

As a result of changes to South Africa’s mineral and mining laws, the minister had sole oversight over environmental checks of the mines. With Zwane as minister, the Guptas could possibly sidestep environmental violations they were previously sighted for.

Glencore Mining continues to operate in South Africa trading heavily in industrial metals like copper, zinc and aluminum. In 2013, however, Glencore was accused of trading metals with Iran.

Glencore admitted it traded aluminum-oxide with Iran’s state-owned Iralco, which supplies alloy to the Iran Centrifuge Technology Company (Tesa). Tesa builds centrifuges to enrich uranium for use in the republic’s atomic weapons programs.

But as tensions swell between the U.S. and Iran, South Africa’s affiliations with Iran, both past and present, will get dragged further into the spotlight. This will in turn make South Africa’s consistent rebuke of sanctions against Tehran seem more suspect and influenced by its alleged mining deals with Iran.

Additionally, further sanctions against Iran will likely impact South Africa’s economy, which utilizes Iran as a key trade partner both for mineral deals and defense contracts.