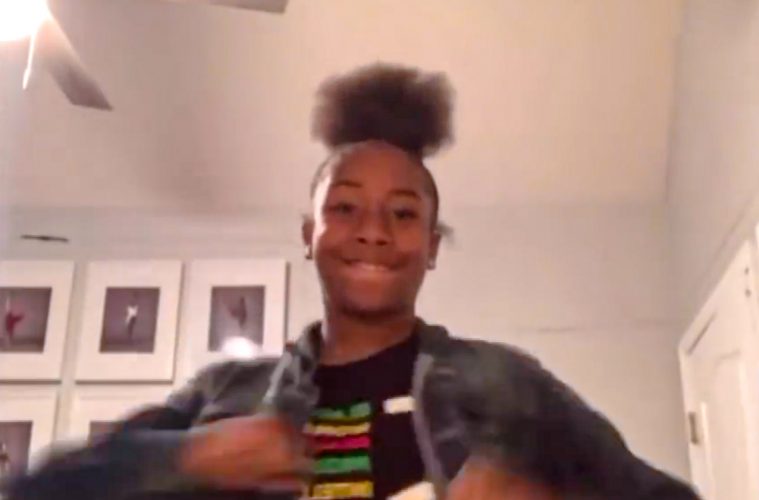 It’s Black History Month, and we’re celebrating all February long! This month, our favorite black creators, leaders, and innovators are rightfully recognized and highlighted for their work and inventions.

It’s important we take time to appreciate those who came before us and contributed to the daily functions that we may take advantage of and use in everyday life. Even more, we need to recognize those who aren’t given any credit.

Since the early 17th century Europeans forced Africans into slavery, taking credit for their inventions along with their identity, culture, and freedom. It wasn’t until an emancipated slave named Thomas L. Jennings became the first African American to be granted a U.S. patent in 1821 that other black people were allowed to take ownership of their ideas and belongings.

Black Twitter recently helped a 14-year-old creator get the spotlight she deserves.

Hailing from Fayetteville, Georgia, Jaliah Harmon was finally recognized as the original creator of the “Renegade Dance” on TikTok that has swept the nation. Harmon choreographed and recorded her TikTok video in September 2019 to Atlanta rap artist K Camp’s song “Lottery(Renegade).”

The dance craze took off as other TikTokers started posting their own renditions and was even covered by celebrities like Lizzo and Millie Bobby Brown. TikTok dancers Charlie D’Amelio and Addison Easterling popularized the dance and were given credit as the creators. Recently, they were both given opportunities to appear at the 2020 NBA All-Star game during Orlando Magic forward Aaron Gordon’s turn in the Slam Dunk Contest.

With an audience of millions, the girls taught the Chicago Bulls dancers the moves during NBA All-Star Weekend. Black Twitter went into an uproar after the discovery of Jaliah Harmon, the actual creator, went viral.

Am I the only one who side-eyed the black judges for NOT penalizing Gordon for trotting out those melanin-deficient Tik Tokers who got shine off the Renegade Dance that a black teen created? #SlamDunkContest #AllStarWeekend2020 pic.twitter.com/H9wAxugBmA

Credit was finally given to Harmon by rapper K Camp himself during the NBA All-Star Game. Harmon appeared in a video with her sister Skylar and K Camp doing the original renegade dance on Instagram.

She also performed at the NBA All-Star Game where she was recognized as the TikTok video creator.  Amongst conversation about the situation, viewers believe that unfortunately Harmon could have been unpublicized for the dance because it is evident that there is racism in the advertising market.

Even though it was not intentionally done by the D’Amelio and Easterling, some believe other races appeal to the public more than African Americans. Despite the controversy, all three girls met one another in a positive manner and even created a video together performing the original renegade dance.

Harmon taught them the dance on social media and they acknowledged her as the originator.

Black culture and style all originate from the roots of our ancestors’ way of life and their traditions which have been appropriated by mainstream America. In 2020, it is time credit is given where credit is due.

It is time to create an accurate narrative!