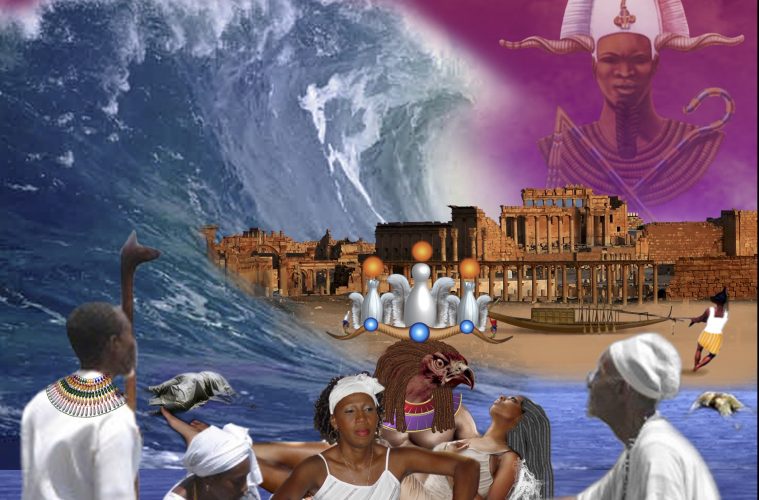 BOOK REVIEW: Behutet: The Destruction of Man (The Last Book of the Behutet Trilogy)

For readers who relish setting aside a full day to immerse themselves wholly in a good read, one that they find or are recommended, ‘Behutet: The Destruction of Man – The Last Book of the Behutet Trilogy’, a new 200-page fiction suspense book that integrates Ausarian cosmology with contemporary life, written by Kazembe Bediako and published in 2013 by Khianga Publishing, will prove to be a laudable occupant of their entire day.

This book does not offer the simple “good versus evil” storyline, Bediako merges two storylines, one set in the past dynasties of Ancient Egypt – Kamit, and one in the present-day USA, and some of his characters migrate between the two time periods and settings.  The author also proposes that “good” and “evil” in society occur in cycles – inevitable cycles. Bediako, through the struggle of the main characters in his novel, also proposes solutions for how to survive the “bad” cycles, how to prepare for, and ride high on the wave during the cycles of “good”, and even suggests ways to prolong the “good” cycle, for centuries.

The key he makes available to the reader is the importance of unifying oneself “with the World by replacing information that is restricted to the external aspect of things with knowledge of the underlying principle and essential state of being”.  He postulates that “now is the time for the oldest religion known to man to retake its place among the great spiritual teachings in the world in order to lead the world out of its spiritual bankruptcy. It is spirituality – and not war, financial schemes, or politicking – that will save the world.”  The state of war and peace within and between nations depends on our leaders especially,  and on our own ability to “reunite with God, and replace the words of “man”, that dominate our explanation of ourselves and of God, with those of the Metu Neter,” the Word of God, as instructed in the Ausarian cosmology.

The two protagonists in the story, Sethe the evil genius and Ra Heru Khuti, lock horns in their struggle to influence and control the trajectory of the Ancient Egyptian dynasties.  Ra Heru Khuti, against the counsel of the great Metu Neter Oracle, attempts to pre-empt the cycle of evil, predicted to return to the west, by preventing the spirit of the evil genius, Mortimer Sethe, progenitor of conflict and chaos, from awakening and re-entering the world.

In Bediako’s parallel storyline, the conflicts between Tugaloo and Neru, and between Nephthys, and the African Obi man who admonishes her to eschew blood sacrifices, complement the power struggle between Sethe and Ra Heru Khuti.

Readers will journey with Sethe and his evil confederacy – an ultra-secret agency, powered by private networks of multinational corporations, who select and propel aspiring regional leaders onto the world stage in a shadowy, one-world government that undermines independent states through anti-sovereignty, covert operations.  Sethe’s confederacy instructs members with key positions in government, the mass media, financial institutions, the military, and the National Security apparatus to affect public policy and further its agenda of ruthless dominance of the few, through fear-mongering and unrest. 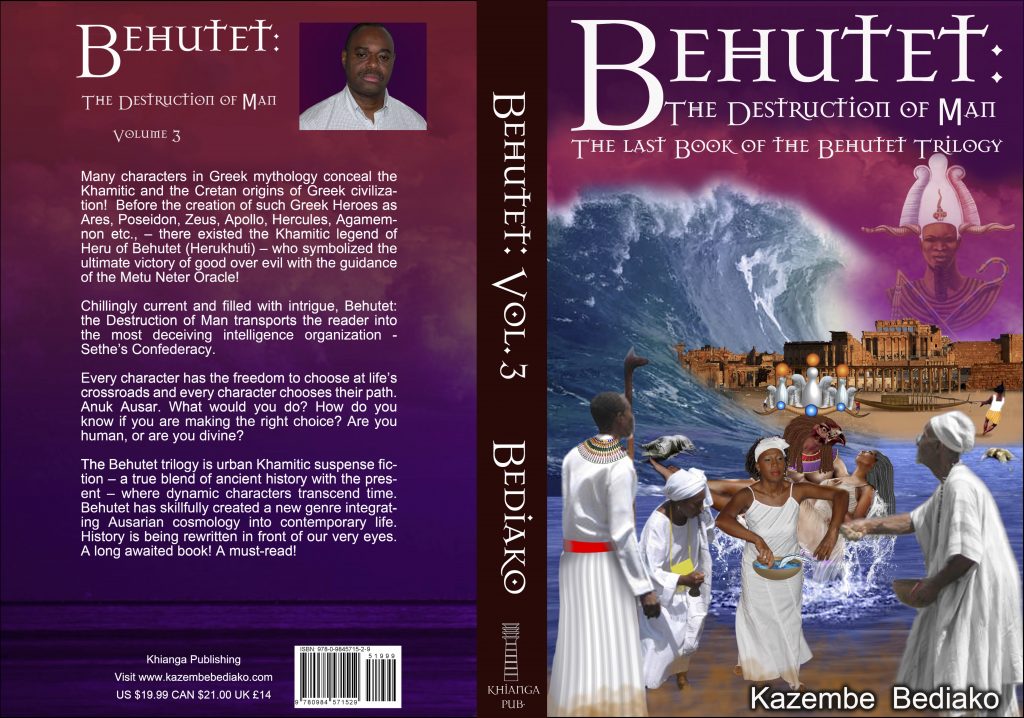 Ra Heru Khuti and his supporters engage Sethe in several well-crafted battles that swing between victories, losses, stalemates (according to the cycles of “good“ and “evil”), and several successful and failed conspiracies, ultimately culminating in a win that places Ra Heru Khuti in the midst of a conflict among the priesthood which forces them to acknowledge that Sethe, the symbol of “evil” will rise again. Sethe’s “energy is not to be destroyed but controlled. It is his nature to create dissension and mischief in the world and it is Ra Heru Khuti’s nature to defeat the Sethian impulses, to ensure all those who transgress … [and those who live by] … the 11 laws, receive justice”.

The final chapters culminate in celebrations in the parallel worlds – each according to its accepted ceremonies and rituals – to dispel and ward off the possible return of the cycle of evil.  In Money Missississippi, through the superstitious act of “Crocus B on leaving the house of the dead boy … [Neru] … reached down and dug up some loose mud, and with his backhand turned to the house, cast it behind him between his legs to prevent the deceased person from following him home.” In the ancient world of Sethe and Ra Heru Khuti, “the Ashemu recognized the king as one of them incarnated into the human form to uplift Mankind and restore the human to its original Divine State.   Everyone knew the transformation of Ra had taken place. Ausar’s light illuminated the Duat.”

While Behutet: The Destruction of Man – The Last Book of the Behutet Trilogy proves to be a fascinating and instructional novel, readers, in moments when challenged to place particular chapters into the context and flow of the storyline, or when encumbered by the need for editing, should simply edit where necessary and read on to the end.  To fully appreciate and contextualize the storyline, readers would benefit from consulting the glossary to discover the more deeply rooted meanings of several keywords such as Anpu, Ap, Apep, Ashemu, Ausar, HeruKhuti, Meshu Betshet, Papyrus Am Taut, Ra, Setians, Sethe, and Wives of Amen. A map that depicts the geographical placement of the nations, cities, and towns would also enhance future publications of the ‘Behutet Trilogy’.

To unearth the jewels in this story, reflect on the complete message which emerges after you put the book down.  In a second and a third read, focus on and find the obvious, as well as the subtle revelations of the source of “evil” in our world today. Bediako’s perspectives on the battle of “good” and “evil” derive from insights he has gained from his study of the wisdom teachings and history of ancient civilizations and living the Ausarian cosmology of ancient Kamit.

Replace the illusions that lure you into a state of imbalance with knowledge of your true Self.